The bears of the EUR/USD pair renewed their two-month low on Friday, surpassing the strong support level of 1.2000, which corresponds to the lower line of the Bollinger Bands indicator on the daily chart. But de facto the breakout turned out to be false: buyers seized the initiative during Friday’s US session and returned the price to the previous day’s opening, that is, to the 1.2035 level. Of course, such price dynamics is primarily due to fundamental factors, which we will discuss below. But from a technical point of view, the support level of 1.2000 confirmed its reliability: as soon as the pair fell below this target, the downward momentum began to gradually fade as traders began to take profits. The initiative was seized by the EUR/USD bulls a little later, which managed to turn the tide in their favor. Therefore, despite the onslaught of dollar bulls, it is too early to talk about a trend reversal. In addition, the dollar has lost several fundamental trump cards. 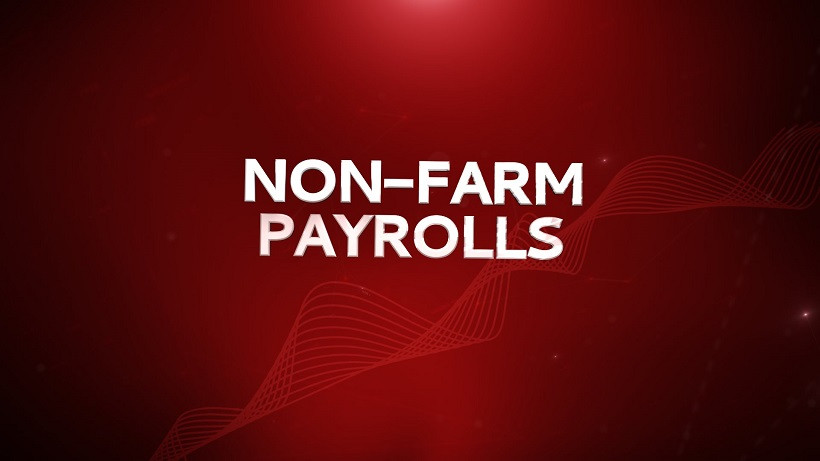 First of all, the January Nonfarm report turned out to be disappointing. Almost all components of the report came out in the red zone (except for the unemployment rate), and the previous month’s indicators were revised downward. Thus, the number of people employed in the non-agricultural sector increased by only 49,000 in January, with a rather weak forecast of 85,000. The December indicator was revised downward, and quite significantly: if initially it was reduced by 140,000, then according to the updated data in December, the number of employees decreased by 227,000. A similar situation has developed in the private sector of the economy. The January result is expressed in a slight increase of 6,000 jobs, while the December result was revised to -204,000 (from an initial estimate of -98,000). In the manufacturing sector of the economy, the growth rate of the number of employed for the first time since April 2020 went into the negative area (-10,000). Average hourly earnings slightly increased, but again – weaker relative to preliminary forecasts. For example, the indicator increased by only 0.2% on a monthly basis.

In response to this release, the US dollar index sharply fell – in a matter of hours, the indicator collapsed from 91.48 to a target of 91.06. Major dollar pairs behaved accordingly. The greenback showed weakness against the Canadian dollar, although the “Canadian Nonfarm” was even worse: unemployment in the country jumped to 9.4% (from the previous value of 8.9%), and the number of employed decreased by 212,000 – this is the worst result since last spring, when Canada was at the peak of the coronavirus crisis. However, the dollar has weakened against the loonie.

The euro-dollar pair followed the general trends, returning to the area of the 20th figure. The threat of a trend reversal has passed (at least in the medium term), since now traders will treat the 1.2000 support level with greater caution, taking profits when approaching this target. There is no doubt that many investors bet on a further decrease in EUR/USD, as indirect macroeconomic indicators did not foreshadow such a failed Nonfarm. For example, the growth rate of initial applications for unemployment benefits has been declining for the third consecutive week – this indicator came out in the green zone, at around 779,000 (the best result since the beginning of January). Therefore, the latest results of the Nonfarm report have become a kind of cold shower for dollar bulls.

In addition, the safe dollar has ceased to be in high demand for another reason. The market has eased concerns about the fate of Biden’s “America’s Salvation Plan”. The $1.9 trillion bill has received the green light for approval. Let me remind you briefly that until now the Democrats depended on the Republicans in this matter, since the Senate required the approval of the super-majority (i.e. 60 senators out of 100). Democrats are known to have 50 votes + the vote of Vice President Kamala Harris. It was not possible to reach an agreement with representatives of the Republican Party, so the White House decided to use a legislative mechanism called “reconciliation. 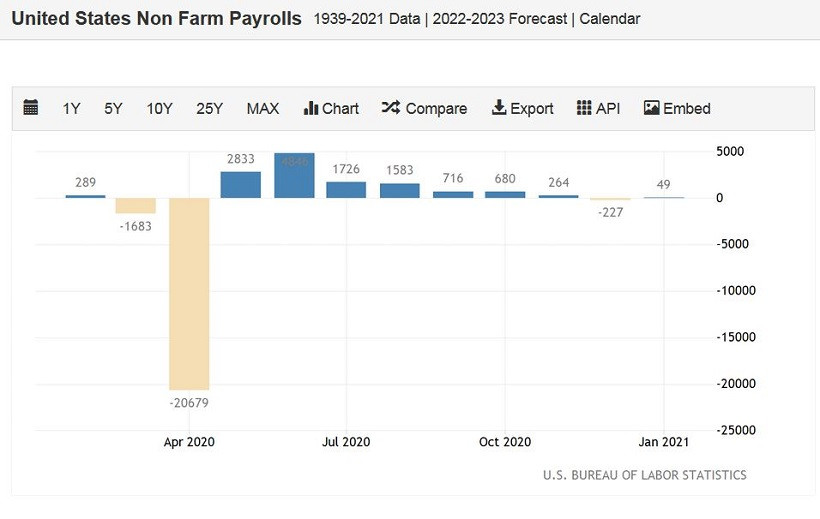 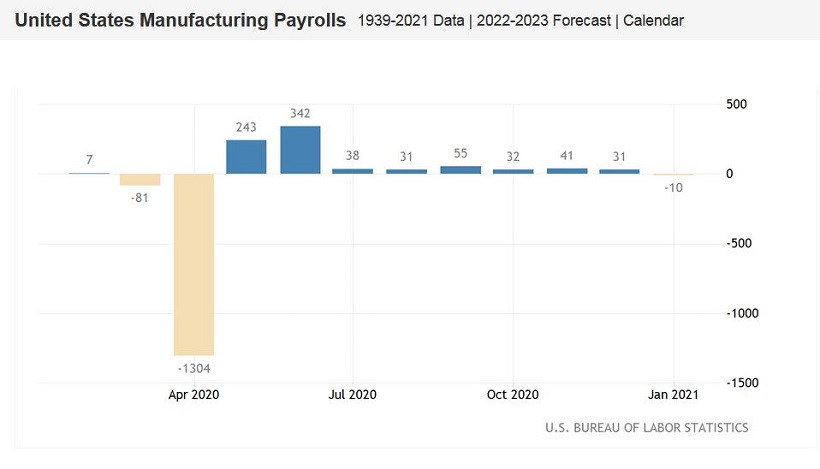 For this mechanism to come to fruition, it was necessary to pass a budget resolution, which in turn had to be approved by both houses of Congress by a simple majority. And if in the lower house the resolution was approved without any problems (although two Democrats voted against), then there were certain doubts about the Senate. For example, only one debate on this issue in the upper chamber lasted more than 15 hours. The preliminary negotiations reached an impasse, and the votes were divided equally: 50-50. The vice-president used her decisive vote and supported her fellow party members – the Democrats. Now, Democratic officials can approve the nearly $2 trillion aid package with a simple majority in both the House of Representatives and the Senate. This is expected to happen within the next two weeks. Against the background of such news, the dollar found itself under additional pressure, since the greenback was used primarily as a protective tool.

Thus, the fundamental picture for the EUR/USD pair has significantly changed. The bears were unable to develop the downward trend, while the bulls actually held the main support level at 1.2000. Given the problems of the euro (the political crisis in Italy, the ECB’s dovish comments, slowing inflation, the epidemiological situation, etc.), the pair is unlikely to be able to demonstrate large-scale growth. However, buyers can look forward to testing the resistance level of 1.2110 – this is the middle line of the BB indicator on the daily chart. It is too early to talk about higher prices.

With The Deadline For President Biden’s $1.9 Trillion Spending Package Looming, This Week’s Jobs Data Will Steal The Show

What To Expect From UK Budget Today From Chancellor Rishi Sunak