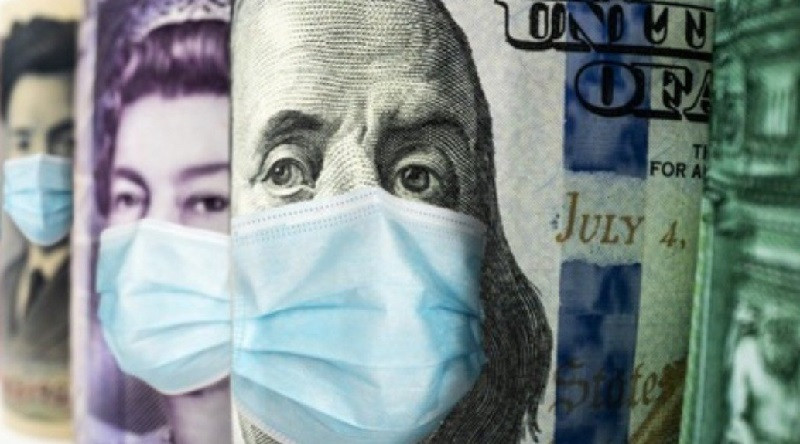 The growth of the dollar develops amid hopes for the recovery of the American economy. However, at the end of the week, a mixed background was formed. Labor statistics for January, of course, can please investors, pushing the dollar further up and thereby increasing the pressure on the EUR/USD pair, whose sellers on Thursday broke down the psychologically important mark of 1.20. With a further decline, the pair risks falling to 1.16 – the long-term downward trend line broken in October.

Payrolls for January came out worse than expected, and job losses in December were deeper than initially estimated. Thus, the argument for additional government assistance is strengthened. The number of people employed in non-agricultural sectors of the economy increased by 49,000, with an expected increase of 50,000. At the same time, unemployment in the country fell to 6.3% in December, while traders expected unemployment in January at 6.7%.

There is also an assumption in the markets that good statistics in places may somewhat weaken the dollar’s position. This is due to the possible delay in the introduction of large-scale fiscal stimulus in the United States. Why pour additional money into the economy if it is already showing signs of recovery? This issue worries investors. However, this does not apply to the EUR/USD pair, where the strength will continue to be on the side of the dollar

The fight against the consequences of the pandemic in Europe is extremely sluggish. It is unlikely that the problems in the EU will end soon, while the US authorities are acting more quickly. This circumstance can be considered a weighty argument for further depreciation of the EUR/USD rate. A downward trend in gold can also add negative to the single currency.

Meanwhile today Euro rallied and moved above 1.20 against the dollar, hitting an earlier 2-month low of 1.195 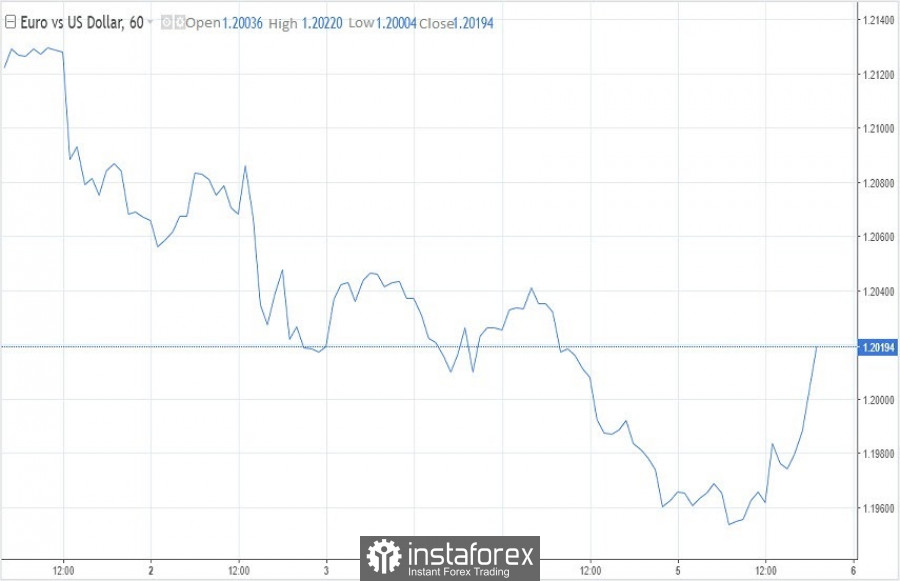 The dollar liquidity surplus in the financial system will have a negative impact on the US dollar. This is a good reason for the upward trend reversal in the main currency of the Forex market.

Indeed, some moments may indicate a decline in the dollar, but looking at the picture as a whole, this cannot be said. The puzzles are taking shape in favor of the gradual strengthening of the American currency. It looks like the outlook for economic growth outweighs concerns about a sprawling public debt. Thus, the yields of “ten years” and “thirty years” are increasing, making the slope of the yield curve steeper and widening spreads with shorter securities to the levels of 4 years ago. Also, the spread between Treasuries and European government bonds is growing, strengthening the dollar against the euro.

The dollar is growing in parallel with the rise in yields, the surge which certainly helped the dollar to come back to life, but this may not please everyone. The consequences will be experienced by commodities, gold, currencies of developing countries. Risky assets could potentially get hurt by stopping the copper rally. The stock market will not be happy about a strong dollar either, as it hits revenues and profits from international transactions. However, this is not for long, as soon as the greenback stabilizes, the financial indicators of the corporate sector should also return to normal.

If the US economy recovers faster, as most forecasts suggest, the current dollar rally is bound to continue. It may recover to levels that were before the pandemic.

At the moment, we can say that the dollar index managed to attract attention, reaching the resistance level near 91.80. After the breakdown of this fixation mark, the road to the value of 94.10 will open above it 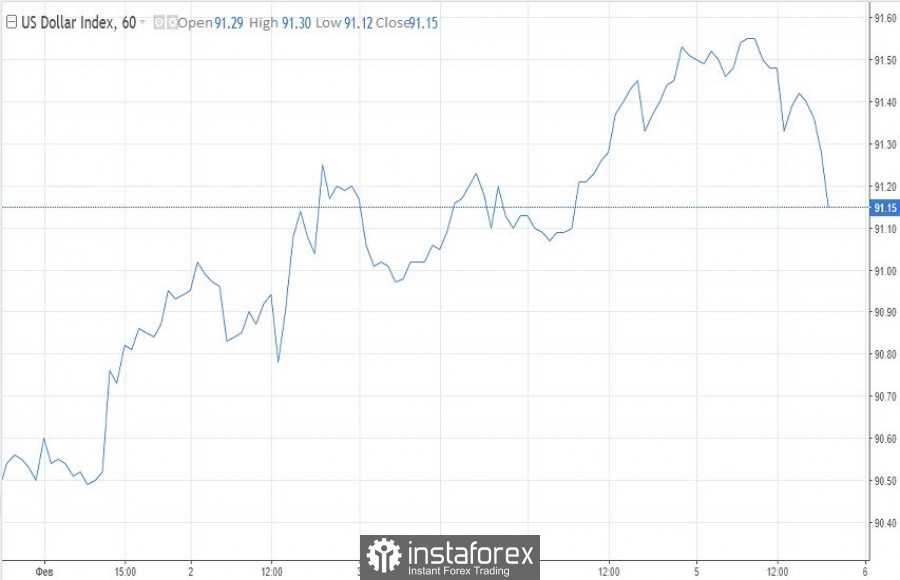