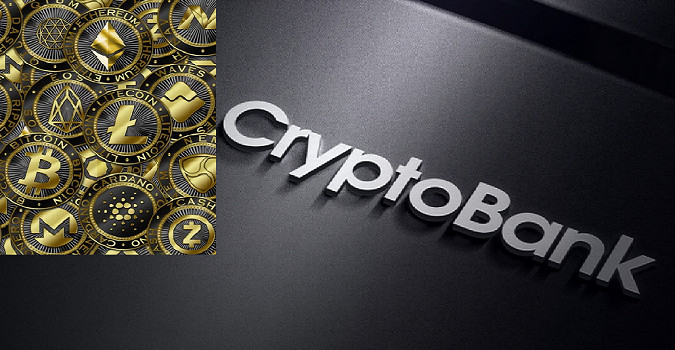 Metal Pay, which is a cryptocurrency payment platform, has applied for the status of the US National Bank.

CEO Marshall Hayner announced that the crypto startup has applied for a charter for First Blockchain Bank and Trust, N.A. His trust company will be incorporated in Rapid City, South Dakota.

According to Hayner, Metal Pay will be filing with the Federal Deposit Insurance Corporation (FDIC) and the Federal Reserve Bank of San Francisco soon.

Favorable crypto banking guidance has generated an influx of industry charter applications for the last two months. In this case, Paxos, BitPay and now Metal Pay all need OCC approval.

Last month, Anchorage became the first crypto firm to receive conditional approval from a national trust. However, Hayner said that Metal Pay is the first company to receive complete banking licenses. He wants to accept cash deposits along with cryptocurrency, and he wants these cash deposits to be FDIC insured.

“This will be the first FDIC-insured crypto bank,” Hayner said.

He also added that deposit insurance will give First Blockchain an edge among institutional banking clients, but this insurance will only apply to cash deposits.

The application will now enter a 30-day public comment period before it can proceed for review. Hayner expects the OCC to issue a ruling within four months.

It should be noted that qualified investors invest in cryptocurrency-focused investment funds. Yesterday, macro trader Dan Tapiero, best known for his DTAP Capital fund and gold eyeing, launched a new $ 200 million fund called 10T Holdings, which will be invested in crypto currencies.

At the same time, CrossTower, a Bermuda-based capital markets company, is launching a Bitcoin (BTC) hedge fund that will compete with the Bitcoin Trust (GBTC) Grayscale. The firm has $ 20 million in assets with minimum purchases of $ 100,000.

Are we at the top of the market?

CEO Dan Schulman said during the company’s Q4 earnings report that PayPal’s cryptocurrency business has exceeded expectations. This is despite the fact that PayPal’s crypto services (PYPL) – buying, selling and conducting transactions (volumes) was only launched last year.

Customers who bought cryptocurrency through the platform logged into PayPal twice as often as before buying cryptocurrency. PayPal has gained 16 million new active users since the launch of the cryptocurrency, although there may not be a direct relationship.

According to a report by the Library of Congress on 31 jurisdictions, only 16 countries have specific tax policies on cryptocurrencies.

The report showed that there is a certain discrepancy between the jurisdictions that set policies for coins obtained through mining and betting, with the latter often undefined. There is also little consensus on whether cryptocurrency is subject to income tax, capital gains tax, and value-added tax for mined tokens.

“For these technologies to flourish and reach their revolutionary potential, we must have the knowledge and organizational structure of regulatory approaches,” US Congressman Tom Emmer said in a press release Wednesday.