Yesterday, the euro abandoned the option of corrective growth and immediately fell by 72 points. The Marlin convergence did not take place. Now there are two intermediate levels ahead, 1.1915 and 1.1870, while the 1.1760 main target is located behind the price. But we expect the largest correction from the target range of 1.1550/75, set by the extremes of January 2019 and November 2017. Actually, this range is the target of the nearest medium-term perspective. 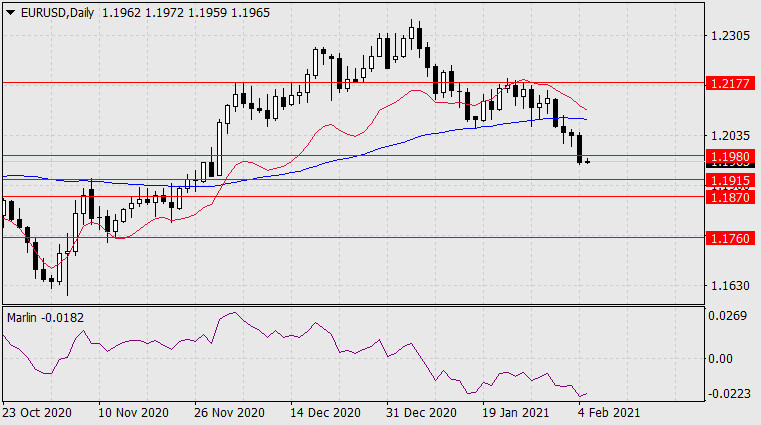 The price has slightly converged with the Marlin oscillator on the four-hour chart. It will probably lead not so much to a correction, but to a consolidation below the target level of 1.1980 when the US labor data is released. 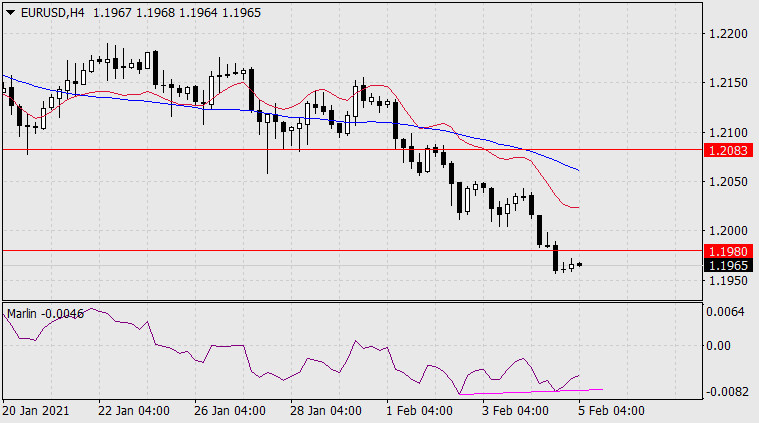 Forecasts for the report are optimistic, and taking into account the recent data on the growth of jobs in the private sector (174,000 against the forecast of 49,000) and a three-week decline in applications for unemployment benefits, the data may turn out to be better than forecasts. The main indicator is that the growth of jobs in the non-agricultural sector is expected to be 50,000 after December – 140,000. So, we are waiting for the euro at the nearest target levels of 1.1915 and 1.1870.