The Bank of England kept its monetary policy at yesterday’s meeting, but announced that it does not consider negative rates as a mandatory instrument and will not introduce them without warning at least six months in advance. The verbal attack was successful, the pound jumped 130 points from the day’s low, closing the day by 27 points. This morning, inertial growth continues, but it is unlikely to be significant, as in the evening US employment data and forecasts for them are optimistic: the growth of jobs in the non-agricultural sector is expected to 50,000 after December – 140,000. The Marlin oscillator continues to move sideways on the daily chart. The task is the same – to gain a foothold below the 1.3648 level, in order to calmly go to 1.3550 and 1.3500. 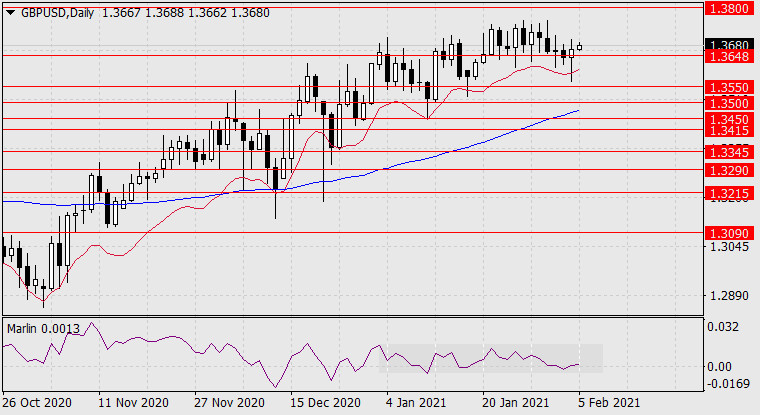 The price went above the MACD line on the four-hour chart this morning, while Marlin is in the growth zone. The price may rise to the local high of 1.3710 before the release of US statistics. 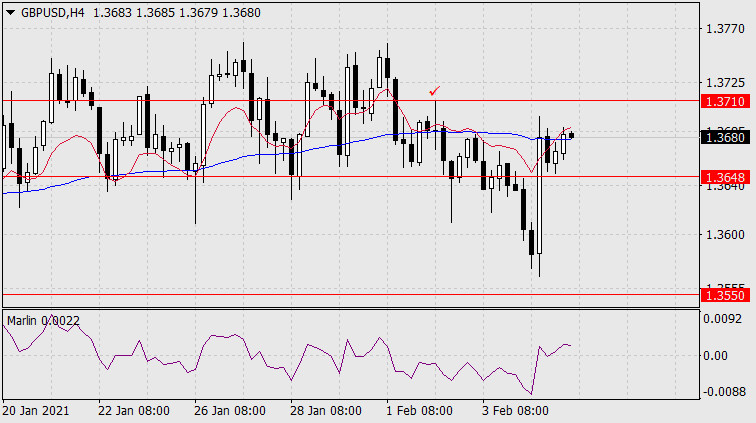