Yesterday, the Australian dollar fell 20 points under general pressure from the US dollar. With a daily peak, the price tested the 0.7641 target level once again and headed towards the MACD line on the daily chart (0.7535). According to the medium-term plan for a decline, this line should be overcome soon, the round level of 0.7500 will be reached, and then our scenario assumes that AUD/USD will move to the target level of 0.7410. This level is set by the extremes of August last year and May 2018. The Marlin oscillator on the daily develops within its own descending channel. 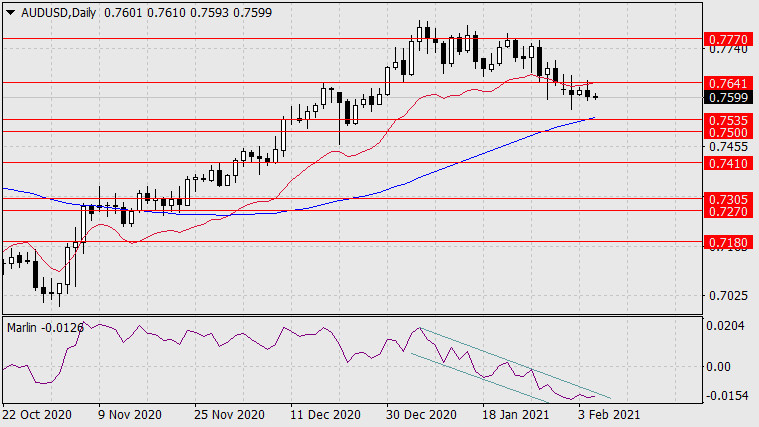 Marlin returned to the bears’ territory in the four-hour chart. The price is below both indicator lines. We are waiting for the price to fall to the specified target levels of 0.7535 and 0.7500. 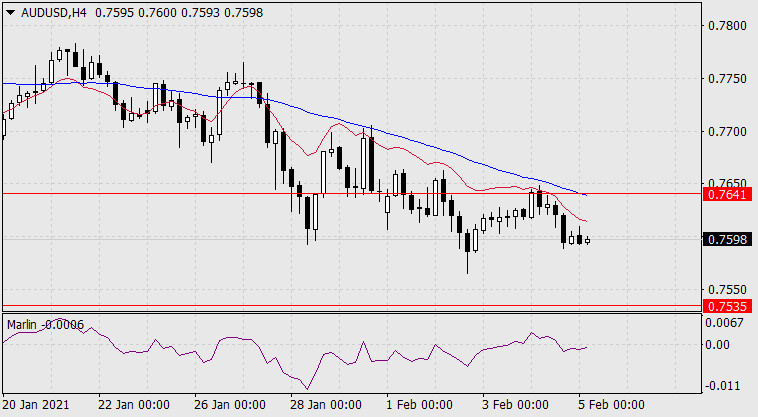