Yesterday, the dollar rallied and overcame the resistance of the embedded line of the price channel of the higher timeframe, slightly overlapping with the 105.40 target. After being able to settle above the level, the price will move to the target range of 106.50/65, which is set by the lows of July 10, 2020 and October 3, 2019. But the price may initially correct to the downside, as warned by the Marlin oscillator, which is already unfolding from the top that was reached. 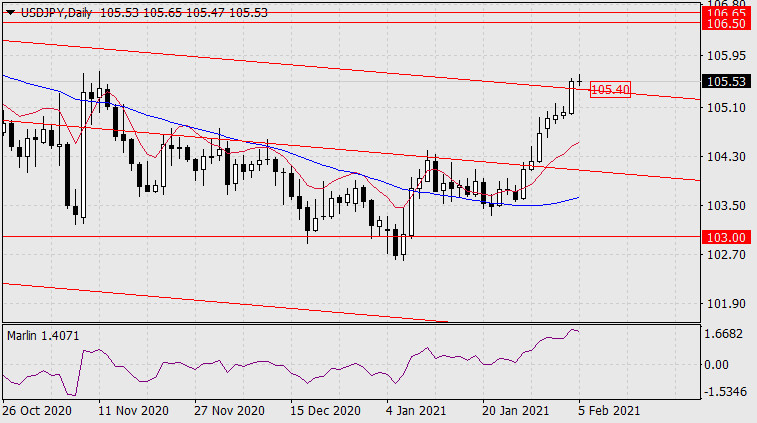 Consider the perspective of the correction on the four-hour chart. Support is provided by the MACD line at 104.80. The price may not reach it, as well as the beginning divergence of the price with the Marlin oscillator may come out crumpled and weak. In this case, the price will reverse from the accumulation range of February 1-3 (marked with a gray area). 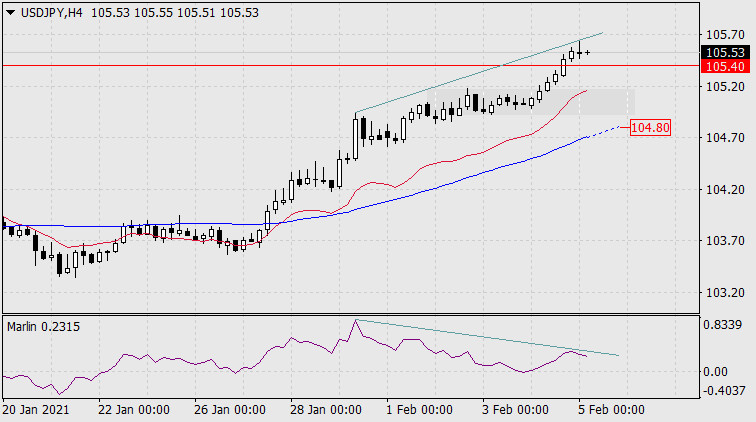