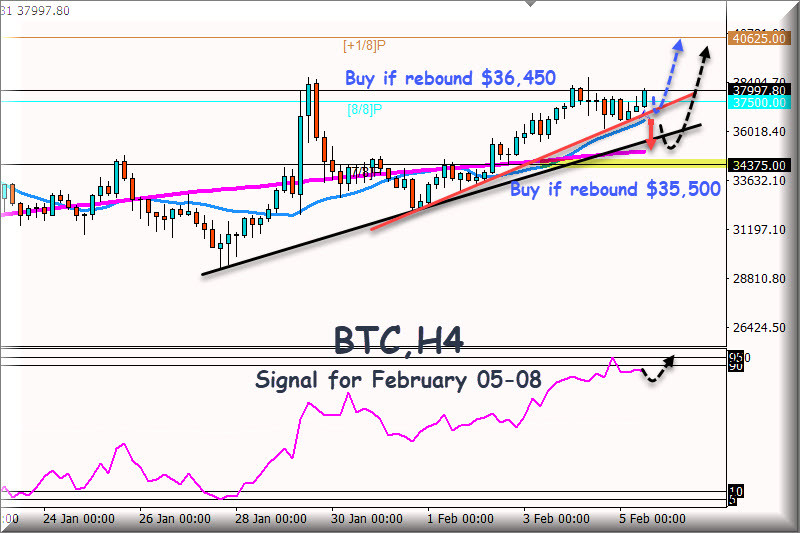 The BTC / USD has two upward trends, both are intact, however it is reaching overbought levels, as the eagle indicator is approaching 95 levels, being a sign of an imminent correction in the short term.