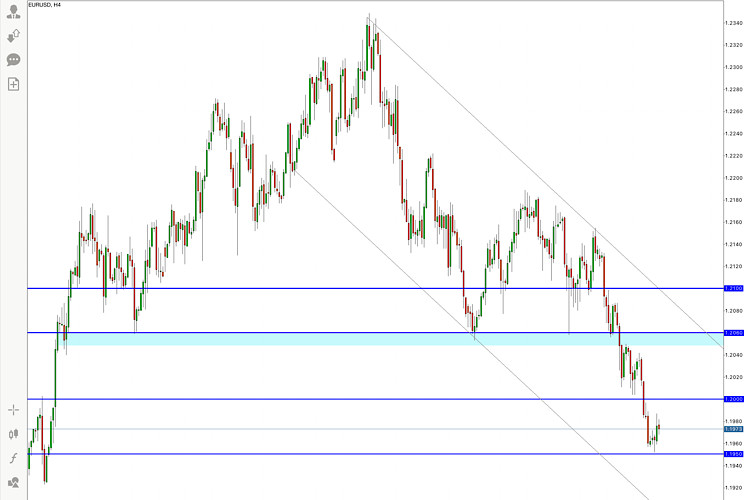 EUR/USD’s regains so far on Friday after four consecutive daily pullbacks, including a breakdown of the psychological support at 1.20 the figure on Thursday and fresh lows near 1.1950.

From a technical perspective, this week’s breakthrough the 1.2060 horizontal support and subsequent weakness below the 1.2000 mark might have shifted the near-term bias in favour of bearish traders. Some follow-through selling below a resistance breakpoint, now turned support, near the 1.1950-40 region, will reaffirm the negative outlook and turn the pair vulnerable. The downward trajectory might then drag the pair further below the 1.1900 mark, towards testing the next major support near the 1.1860-55 region.

On the flip side, any attempted recovery might now confront immediate resistance near the 1.2000 mark. A further positive move might now be seen as a selling opportunity and remain capped near the 1.2060 support-turned-resistance. That said, some follow-through buying might prompt some near-term short-covering rally and lift the pair beyond the 1.2100 mark.