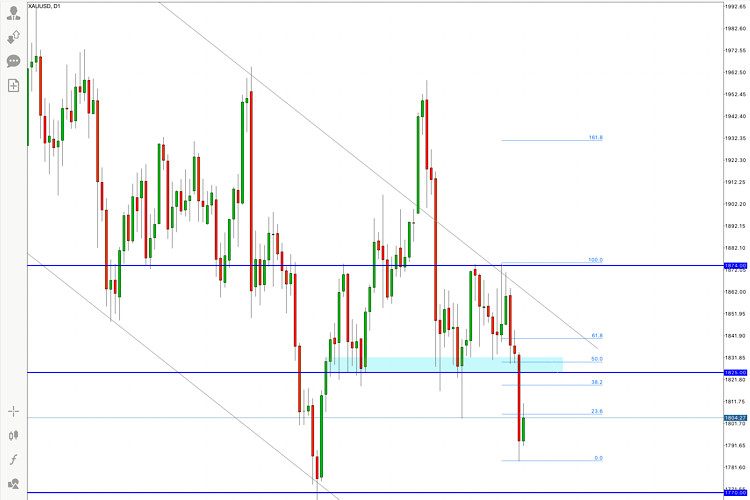 Gold edged higher during the Asian session, lacked any strong follow-through buying and remained below the $1,800 round-figure mark.

The precious metal managed to regain some positive traction on the last trading day of the week and moved away from over two-month lows, around the $1,785 region touched on Thursday. The US dollar was seen consolidating its recent strong gains to over two-month tops, which, in turn, was seen as one of the key factors that extended some support to the dollar-denominated commodity.

It seems as though the decline from the record high ($2,075) is turning out to be a shift in market behavior , and the rebound from the November low ($1,765) may continue to unravel as the price of gold snaps the January range.

The next relevant target on the downside is near the $1,787-86 area before the XAU/USD eventually slide to test November 2020 swing lows, around the $1,770 region which should now act a key pivotal point for short-term traders.

On the flip side, the $1,825 level now becomes immediate resistance. Any further recovery might be seen as a selling opportunity and remain capped near the ascending trend-line support breakpoint, around the $1,850 region