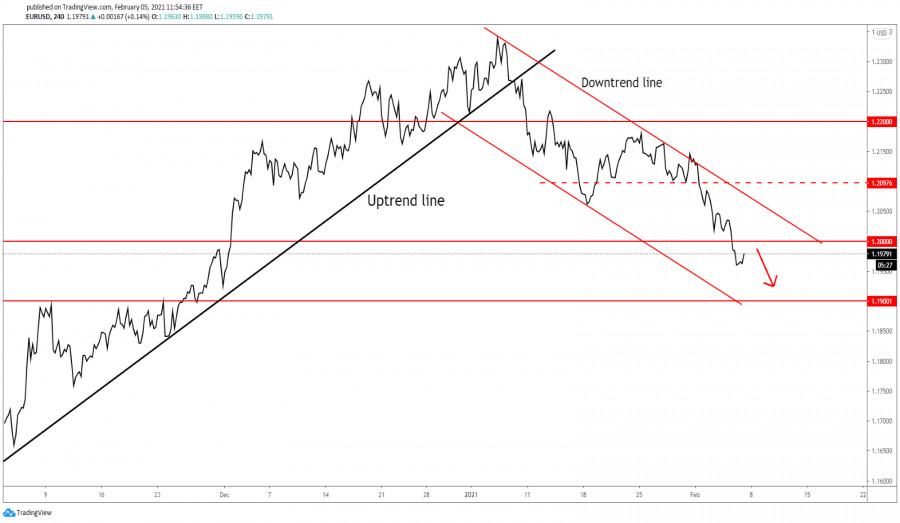 As you already know from my previous analysis, EUR/USD is trapped within a down channel and it could approach and reach new lows as long as it stays under the red downtrend line. The price has rebounded at the time of writing but the current increase could be only a temporary one before the rate drops deeper.

EUR/USD could try to come back to reach and retest the broken 1.2000 psychological level ahead of new downside momentum. The near term downside targets are seen at 1.19 and at the down channel’s downside line.

The price could approach and reach these levels if traded under the red downtrend line. A further drop could be invalidated only by an important jump above the downtrend line.

Dropping below 1.2000 psychological level represents a selling signal. Retesting this broken level followed by a new drop is seen as a selling opportunity as well. The 1.19 and the channel’s support line, the downside line, could be used as downside targets.