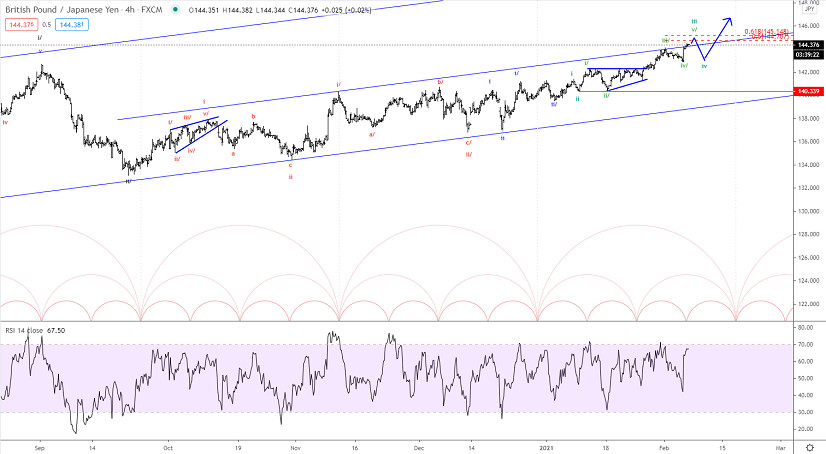 GBP/JPY continues to push higher as expected. After a dip to 142.84 (a little lower that our ideal 142.92) GBP/JPY started to rally again and broke above the former peak at 144.10 for a continuation towards the minor green wave v/ target between 144.70 – 145.15. Once green sub-wave v/ completes we should see another corrective set-back close to 142.84, but to secure the base for the next impulsive rally towards 147.96 and ultimately above here too.