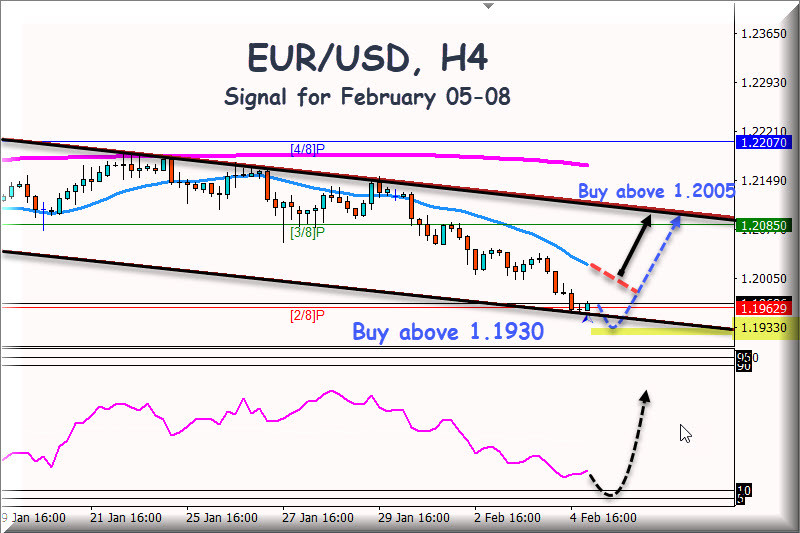 In a few hours the non-farm payroll, the monthly report of the United States for January, will be published. The country is expected to have added 50,000 new jobs in January, after losing 140,000 in December. The Unemployment Rate is expected to remain stable at 6.7%. The Labor Participation Rate stood at 61.5% in December.

The EUR/USD pair fell from the psychological level of 1.2000, falling to a new low of 1.1953. The pair remains under bearish pressure for the fourth day in a row, as investors continue to buy the dollar in hopes of a new US stimulus package.

The US dollar is strengthening due to the performance of the Treasury Bonds is a sign of a better mood on the part of investors.

At a technical level, we expect the EUR/USD pair to find a bottom in the zone of 1.1962/ 1.1930, a level that coincides with the 2/8 of murray and the third weekly support, also the eagle indicator is showing an oversold signal and an imminent rebound in the short term.

Our recommendation is to buy above the level of 1.1930, if the pair breaks again the key zone of the psychological level of 1.2000, it will be a good opportunity to buy with targets in the 3/8 of murray until 1.2085.