The British pound surged higher after the publication of the results of the Bank of England meeting. Let me remind you that many traders expected the regulator to raise the topic of negative interest rates, however, this did not happen, which led to a sharp closure of short speculative positions of those traders who expected to play on the news on interest rates. 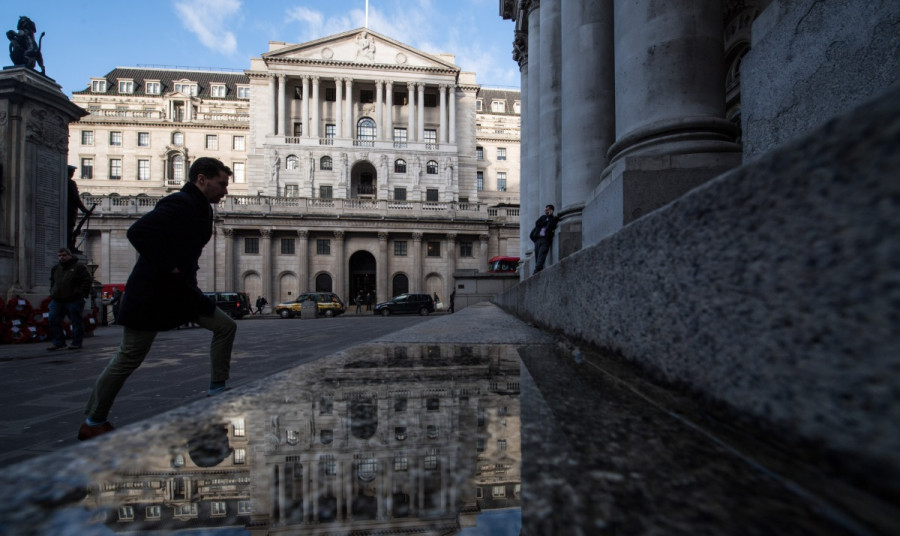 The committee’s forecasts for economic activity and inflation also changed slightly. The report indicates that the COVID-19 vaccination program, which is now taking place across the country, has improved the economic outlook. However, the increase in activity is constrained by the number of new cases of coronavirus infection. The risk is particularly associated with a new strain of COVID-19, which was identified at the end of last year in the UK.

Concerning the labor market, the government’s assistance measures make it impossible to accurately calculate the unemployment rate. A clearer picture will be visible only after the government curtails existing programs. The latest report indicated that the unemployment rate rose to 5.0% in the last three months to November 2020. Government programs to support employment significantly limit the growth rate of unemployment, therefore, upon completion of the programs, this indicator will continue to grow.

As for inflation, it rose from 0.3% in November to 0.6% in December. The weakness of the latest indicators largely reflects the direct and indirect impact of COVID-19 on the economy. It is expected that the consumer price index will begin to grow quite sharply in the area of the target level of about 2% only in the spring of this year. By this time, programs for the temporary reduction of VAT on certain services will also have to be completed.

The Bank of England also noted that the outlook for the economy remains uncertain. Much depends on the pandemic and the measures taken to protect public health. The British regulator noted that it will continue to closely monitor the situation in the economy, and if the forecast for inflation worsens, the committee is ready to take any additional actions necessary to stimulate growth. The Bank of England does not intend to tighten monetary policy in the near future, at least until there is clear evidence that significant progress has been made in the economic recovery, and the coronavirus pandemic has ceased to play a key role for activity.

As we can see, the Bank of England report does not even hint at statements related to negative interest rates. It was this factor that led to a sharp rise in the pound, as many traders expected such statements, which would lead to a steep peak of the British against several other world currencies.

As for the technical picture of the GBPUSD pair, a major recovery in the pound led to its slight revision. Now the bulls are concentrated at the resistance of 1.3710, a breakout of which will open a direct way to return to the 1.3760 year high. The downward correction will be limited by the large support at 1.3632, from which the pound can be bought with the aim of further growth along with the newly formed upward trend.

The report on activity in the UK construction sector did not lead to significant changes in the market and was ignored by traders. According to IHS Markit, the index of activity of managers in construction fell to 49.2 points in January 2021 from 54.6 points in December 2020. Construction companies were under severe pressure from rising costs and expenses.

The European currency fell to another one-year low after the German construction sector contracted in January this year, and the retail sales of the eurozone were worse than economists’ forecasts, which only once again confirms the likelihood of a double recession of the economy.

According to the data, activity in the construction sector fell to 46.6 points in January from 47.1 points in December. Finding the index below 50 points indicates a reduction. The decline was caused by a prolonged decline in work on commercial real estate projects. Disruptions in the supply chains of construction materials and products, as well as rising costs, also negatively affected the index. 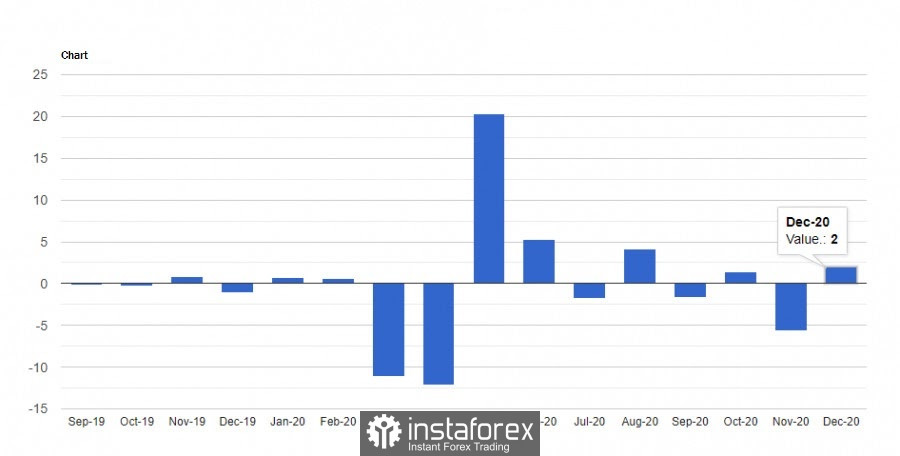 As for the technical picture of the EURUSD pair, the bears continue to control the market. The breakout of the support of 1.2005 only increased the pressure on the euro, which opened a direct road to the lows of 1.1960 and 1.1920. The lower the euro is in the near future, the more attractive this asset will be for investors. It will be possible to talk about the formation of an upward correction only after the bulls achieve a breakout of the resistance of 1.2005, which will lead to the demolition of several stop orders and a larger movement of the euro up to the highs of 1.2045 and 1.2090.