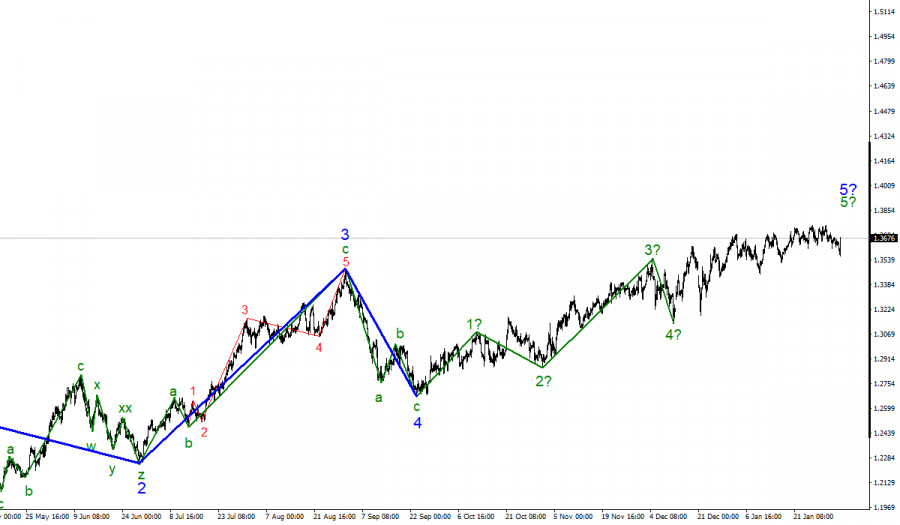 The section of the trend, which originates on September 23, took a five-wave fully equipped form. However, the internal wave structure of the proposed wave 5-5 still does not look entirely convincing and may require additions and adjustments. However, the upward trend has long been nearing its end. The demand for the British dollar, however, remains quite high and this factor can lead to a further complication of the upward trend. 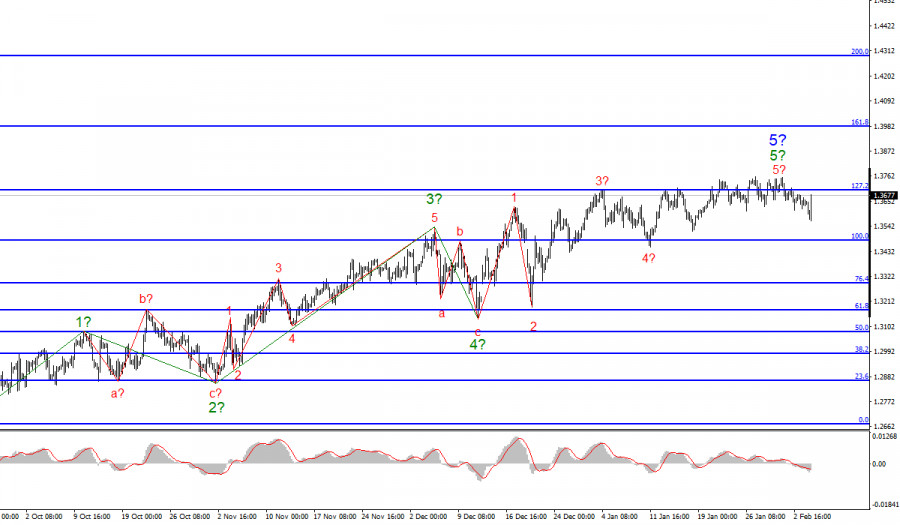 On the lower chart, the wave marking looks quite complicated. This is because in recent weeks the instrument has been trading in a very narrow range, without canceling the construction of an upward trend section. At the moment, it is quite possible to continue increasing the quotes of the instrument within the wave 5-5-5, although this wave may already be completed. The internal wave layout of the wave 5-5 does not look quite convincing. In recent weeks, the instrument has been trading mainly around the 127.2% Fibonacci level.

Over the past day, the British dollar has tended to decline. Given that the instrument has spent the last few weeks not far from its two-year highs, a decline of 100 or 200 basis points is not surprising at all. It is surprising that the instrument stubbornly does not want to build a corrective downward wave. In recent days, the beginnings of such a wave have been noted, however, everything was spoiled by the Bank of England today. More precisely, the Bank of England did not spoil anything, the markets themselves spoiled everything, which again increased the demand for the British currency after the Bank of England did not make any decisions during its meeting. The Central Bank left the interest rate unchanged at 0.1%, the volume of asset repurchases at 895 billion pounds, and the vote of the members of the monetary committee on changing the parameters of monetary policy was unequivocal – everyone opposed any changes. Thus, the markets could only react to the speech of Andrew Bailey or the summary of monetary policy. What was contained in the summary? GDP forecasts for the first quarter of 2021 and the whole year as a whole are reduced. Regarding the negative rate, the letter said that commercial banks will need at least 6 months to prepare for them. On the one hand, this could be interpreted as a hint that a rate cut below zero was imminent. On the other hand, the Bank of England has made it clear that if there is nothing forceful, the rate will not change for sure in the next six months. At the same time, the summary said that the introduction of negative rates would not necessarily happen at all. Probably, the Bank of England means that if the economy recovers at a good pace, then a new intervention of the regulator may not be required. Probably, the markets, as usual, saw only the information they wanted to see. They paid attention to the words about the “lack of inevitability” in the issue of lowering rates and ignored all other information.