Expectations of today’s Bank of England meeting kept the pound at the technical level of 1.3648. The business media are inclined to believe that the central bank will be neutral today, it has nothing to say, either optimistic or pessimistic. Another thing is that now the British currency is overvalued relative to other world currencies, and in the absence of a positive, the downward movement from the last couple of days will continue. The signal line of the Marlin oscillator has entered the territory of the downward trend and is preparing to exit to the downside from its own consolidation, which is marked with a gray area on the daily chart. The target of the decline is the MACD line at 1.3480. 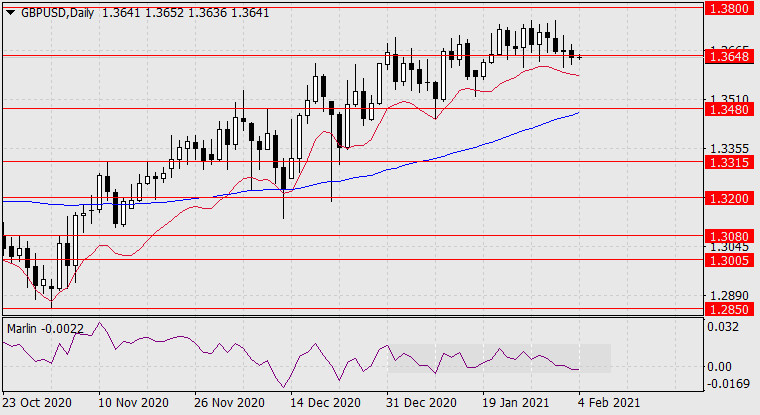 On the four-hour chart, the price is trying to break out of the gray area of the wide range that started on January 21st. The price is below the balance and MACD indicator lines, while Marlin is in the downward trend zone, so the price has every chance of breaking down. We are waiting for the BoE meeting at 12:00 London time. 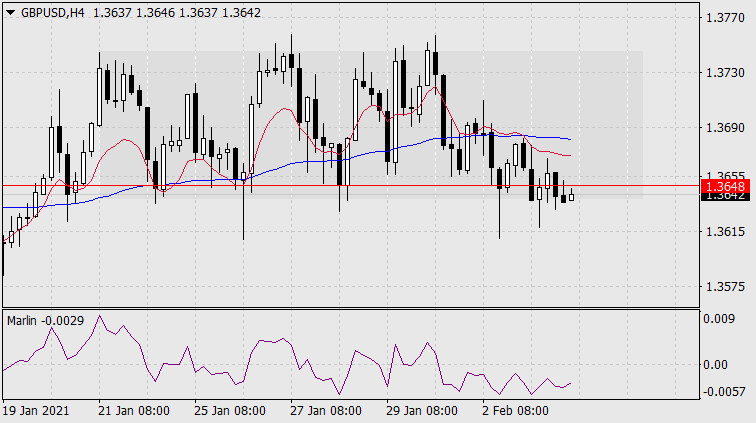