A positive report on the Australian trade balance for December was released this morning; exports increased by 3%, imports decreased by 2%, and as a result, the balance increased from $ 5.02 billion to $ 6.78 billion. With the release of the data, the Australian dollar went to take the resistance level of 0.7641, which continued yesterday’s 12-point correction growth. The signal line of the Marlin oscillator has reached the upper limit of its own descending channel. The exit from it will continue the price growth by several tens of points up to the level of 0.7770. 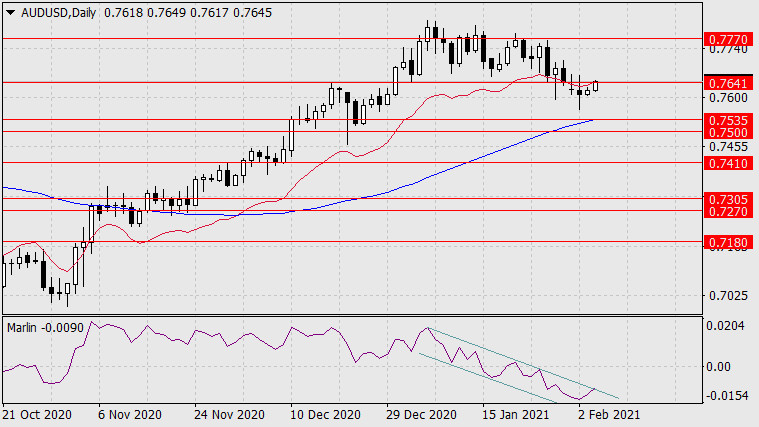 Based on the four-hour scale chart, the first price resistance is the Kruzenshtern line at 0.7652. The historical level of 0.7700 is located above it. The price can complete the correction at any of the levels. The signal line of the Marlin oscillator came out of its own range and at the same time entered the zone of a growing trend indicating the presence of a growing potential for the price. We are waiting for the completion of the correction and a new wave of decline in the target range of 0.7500/35. 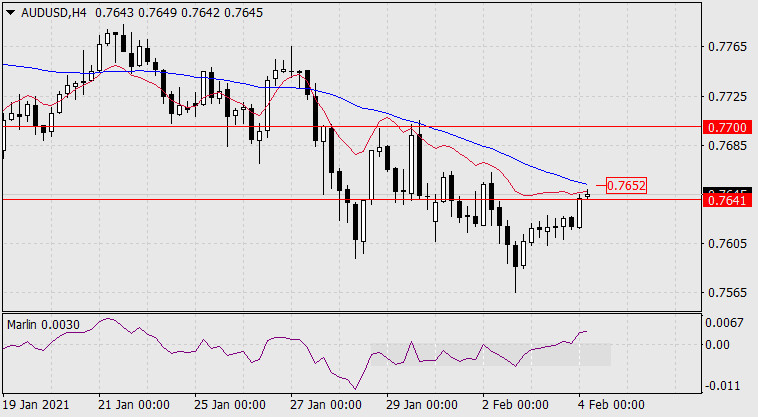