The USD/JPY currency pair continues to grow and it is not going into correction yet. The Marlin oscillator is turning down, but this reversal is more like a horizontal movement. It is possible to work out the target level of 105.40 before turning the price and the oscillator into a single-digit correction. 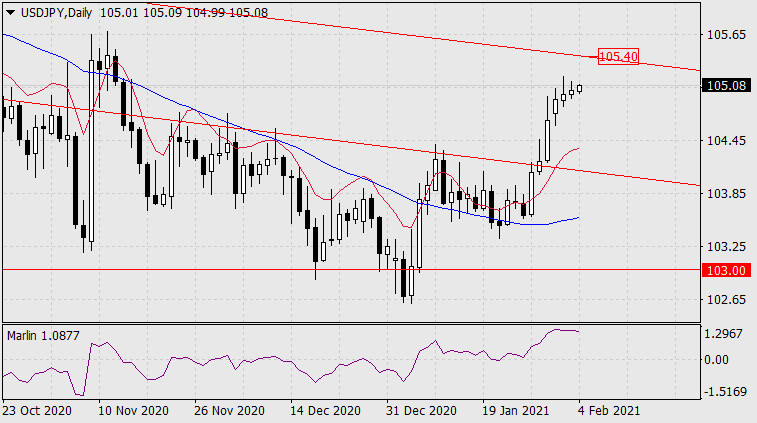 On the four-hour chart, the conditions for the price reversal from the current levels are preserved. This is a divergence with the Marlin oscillator, an attempt by the oscillator itself to go into the negative trend zone. According to this scenario, the price does not have time to wait for the growth, the decline to the MACD line at 104.60 or lower should occur now. 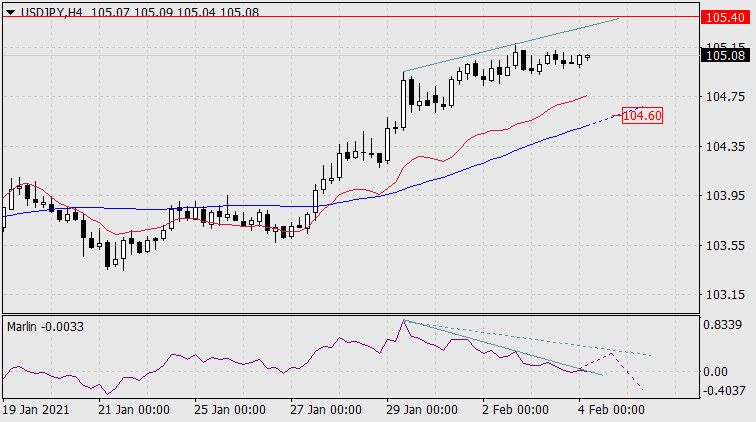 The ambiguity of the situation, however, is that the price increase to 105.40 will not break the divergence, but only modify it, make it less steep approximately as it is marked on the chart with a dotted line. It remains to wait for the development of the situation.