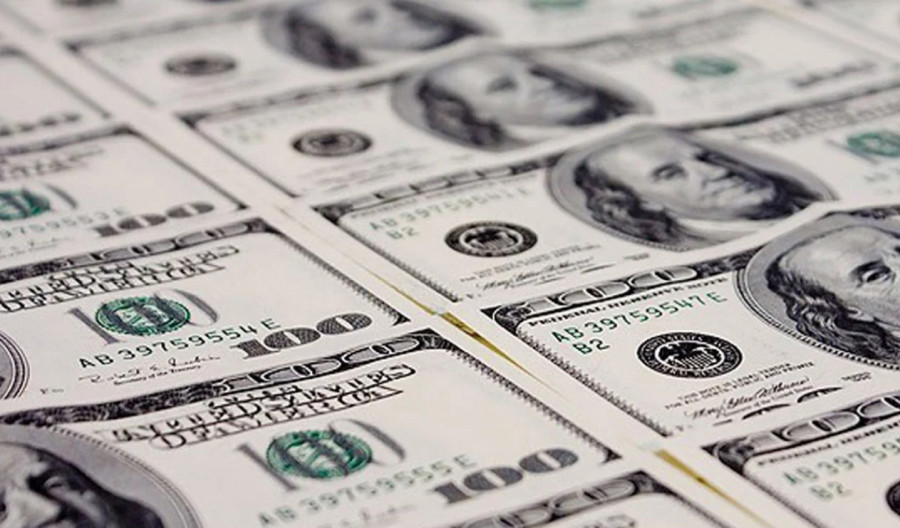 The euro remains under pressure from mixed macroeconomic data on the euro area. Yesterday, the fall intensified as the main pair came as close as possible to the support of 1.20. This is due to the fact that traders have focused on the difference in the pace of economic recovery in the United States and Europe after the pandemic. The Old World looks bleak, quarantine restrictions remain in place in the region and the growth forecasts for the current quarter are deteriorating. The picture for the US is more attractive, especially in light of the data on private sector employment released today.

The number of jobs in January increased by 174 thousand, which is much better than expected. Analysts predicted an increase of only 49 thousand. At the same time, the December value was revised to a decrease of 78 thousand from a fall of 123 thousand.

The news from Italy could help fuel the euro today. However, buyers of the European currency ignored the message that the former head of the ECB Mario Draghi may be appointed as the head of the Italian government. This is probably due to the fact that the recent political instability in the country has not led to an increase in the risk premium for EUR / USD. Consequently, after the end of the state crisis in the country, the euro’s growth potential may be limited.

The dynamics of the dollar, which has recently shown signs of life has a significant impact on the euro. Today, the US Dollar Index has crossed the mark of 91.00. However, during the hours of the US session, its growth rate decreased. It seems that it will be difficult for the greenback to gain a foothold above this level. 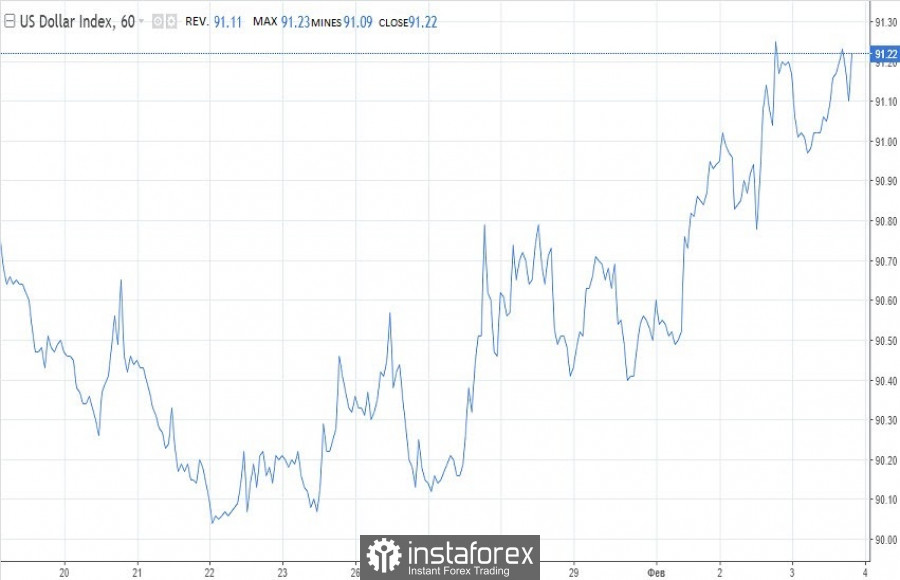 There are signs that the dollar’s corrective growth has stopped. Now it is at a crossroads: it will either go up or down again. Both options are applicable. The dollar index is now on the verge of breaking the downward channel in which it has been for most of 2020.

It is worth noting that since the beginning of the year, the dollar has gained more than 1% against the basket of competitors as the vaccination process has slowed down, and obstacles have appeared in the way of a new fiscal stimulus package in the United States …

In favor of the dollar’s decline, a large-scale vaccination in the United States creates favorable conditions for the medium-term prospects of the global economy and therefore for risky assets. The resumption of greenback sales depends on the timing of the approval of new incentives. The influx of liquidity will help the States recover from the pandemic and return to pre-crisis growth levels. However, there is one “but”. The epidemiological situation in the country and the world should normalize.

Today, a number of macroeconomic indicators for the United States are in the field of view of investors. Weak statistics could be an additional reason for congressmen to rush the approval of a new package of state aid. However, the data on the labor market from ADP came out quite decent which should exclude a local drop in the dollar.

Meanwhile, the euro is now forming not only a negative background. There are positive factors that are unlikely to be ignored for a long time. On the interbank market in London, the 3-month dollar Libor rate has updated its historical low. This indicates a significant excess of dollar liquidity in the banking system.

It is also worth paying attention to the rally of the energy market. Brent Crude Oil has updated its annual highs and is a step away from the psychological level of $ 60 per barrel. The growth of oil has a negative impact on the dollar, as the raw material is quoted in the US currency. Looking at the classic inter-market gold / oil ratio, we can assume that black gold will be able to rise in price by another 20% this year.