LTC/USD today reached a high at $158. In our previous analysis we noted that price could reach $160-65 if resistance was broken. I believe we came very close to our target. However bulls so far were not able to keep prices that high and LTC/USD is pulling back. 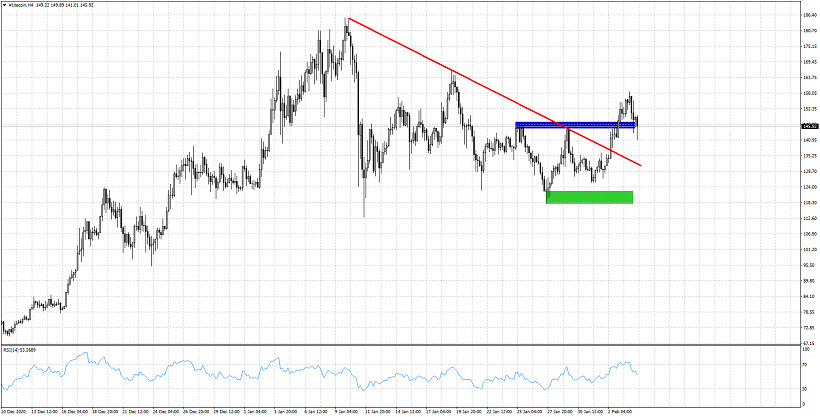 EURUSD is back testing the break out area of $145. Short-term trend remains bullish. Support is found at $141 and if this level holds, we could see next week a move above $160. The RSI is back to neutral territory. This pull back is considered a buying opportunity and we remain bullish as long as price is above $125. We raise our key support level from $118.50 to $125.