USDJPY last week broke out of a bearish channel that was in since June. Back then we noted that price should bounce higher towards the 38% Fibonacci retracement around 106. There were bullish reversal signs and bears were warned. 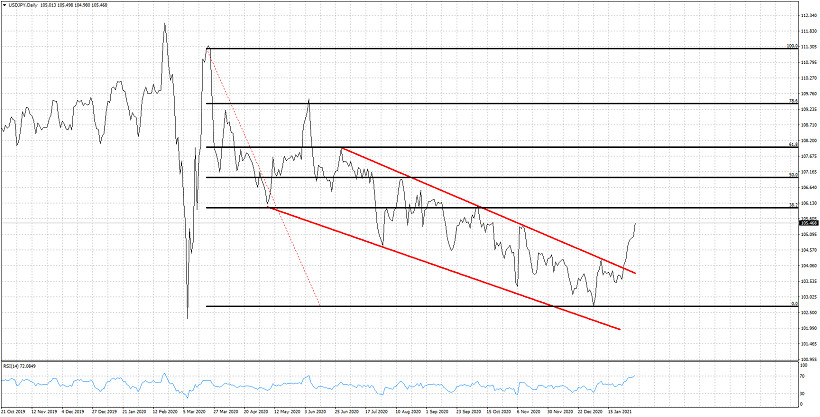 USDJPY analysis we posted back on Janaury 28th warned bears that a move towards 106 was coming soon. Today we made a high at 105.50 just pips away from our first target. I expect the week to end with a bullish momentum and price finally at the first important resistance of the 38% Fibonacci retracement.