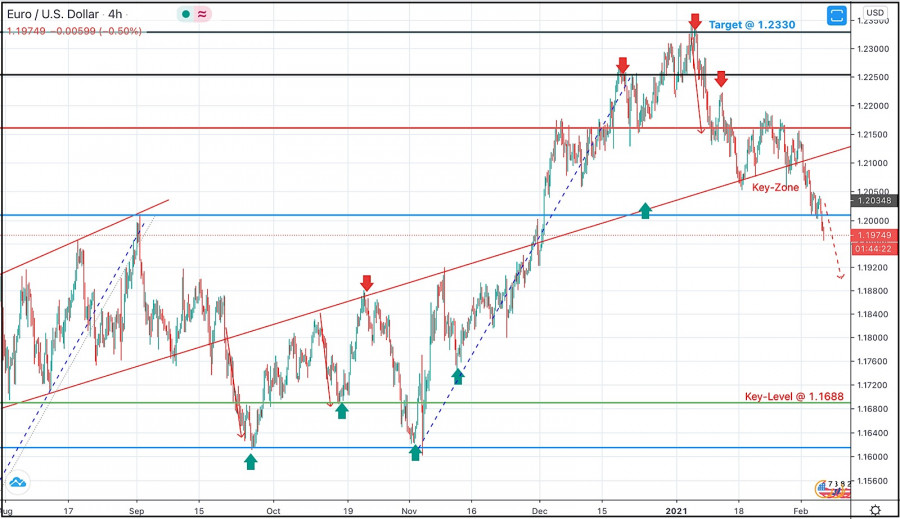 Bearish persistence below the current price level of1.2000 would enhance the continuation of the current bearish Head and Shoulders Pattern towards lower targets around 1.1950 and probably 1.1860.