Gold Price Analysis: The $1,800 mark is the next relevant target for bears 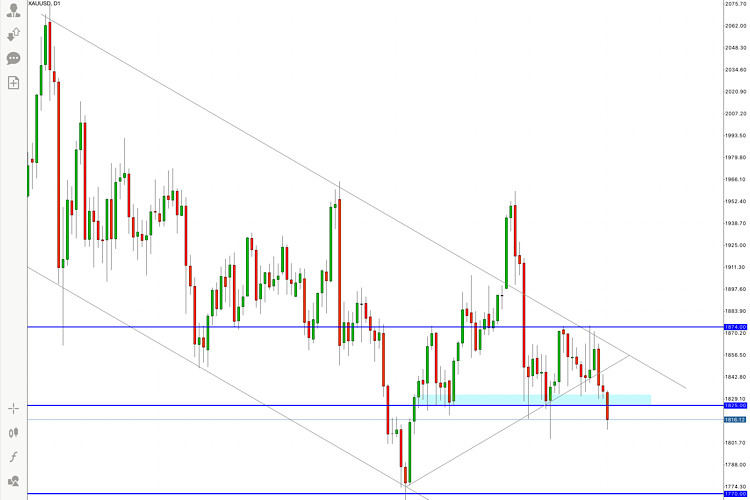 Gold extended this week’s rejection slide from the $1,875-76 resistance zone and witnessed heavy selling for the fourth consecutive session on Thursday. The downward trajectory dragged the commodity to near three-week lows during the Asian session. Signs of progress on additional US stimulus measures weighed on the safe-haven XAU/USD.

From a technical viewpoint, given this week’s breakthrough a short-term ascending trend-line, a subsequent weakness below the $1,830 horizontal levels supports prospects for a further near-term depreciating move. Hence, a fall back towards challenging 2021 lows, around the $1,800 mark.

The next relevant target on the downside is near the $1,787-86 area before the XAU/USD eventually slide to test November 2020 swing lows, around the $1,770 region which should now act a key pivotal point for short-term traders.

On the flip side, the $1,825 level now becomes immediate resistance. Any further recovery might be seen as a selling opportunity and remain capped near the ascending trend-line support breakpoint, around the $1,850 region