Much like the dollar swap lines, these are mainly to ensure that non-euro area central banks have sufficient euro liquidity as the virus crisis continues to play out.

“The European Central Bank (ECB) decided in December 2020 to offer a nine-month extension of its temporary swap and repo lines with non-euro area central banks. The central banks of Albania, Croatia, Hungary, the Republic of North Macedonia, Romania, San Marino and Serbia have agreed to extend the duration of their euro liquidity lines with the ECB to March 2022.” 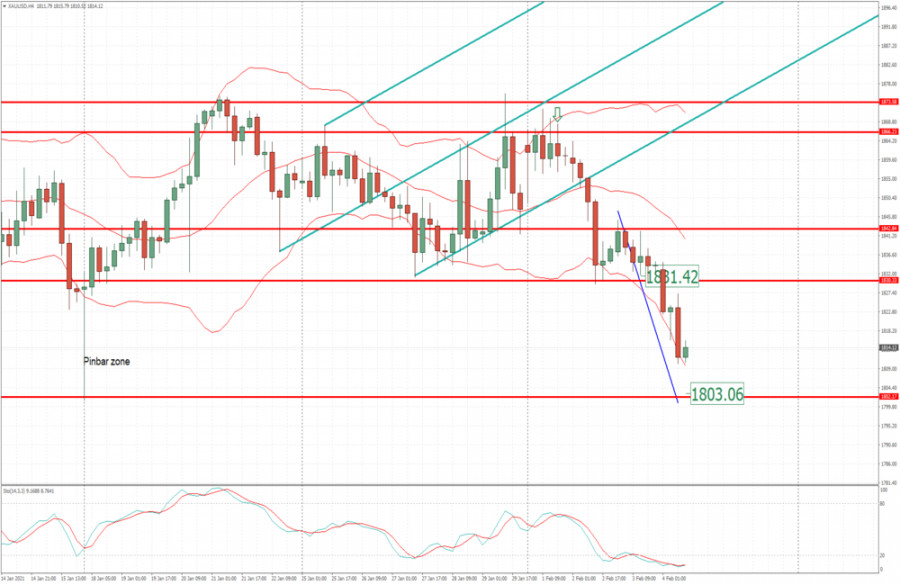 Analyzing the current trading chart of Gold, I found that the sellers are very consistent and in full control, which is sign that selling power is much stronger then demand power.

As I mentonied yesterday there is the downside movement and potential for the test of the pinbar low at $1,803.