USD/CHF is trading at 0.9006 level and it could approach and reach new highs if the USDX reaches fresh new highs as well. The greenback edges higher after the US ADP Non-Farm Employment Change, Final Services PMI, and the ISM Services PMI have come in better than expected yesterday. 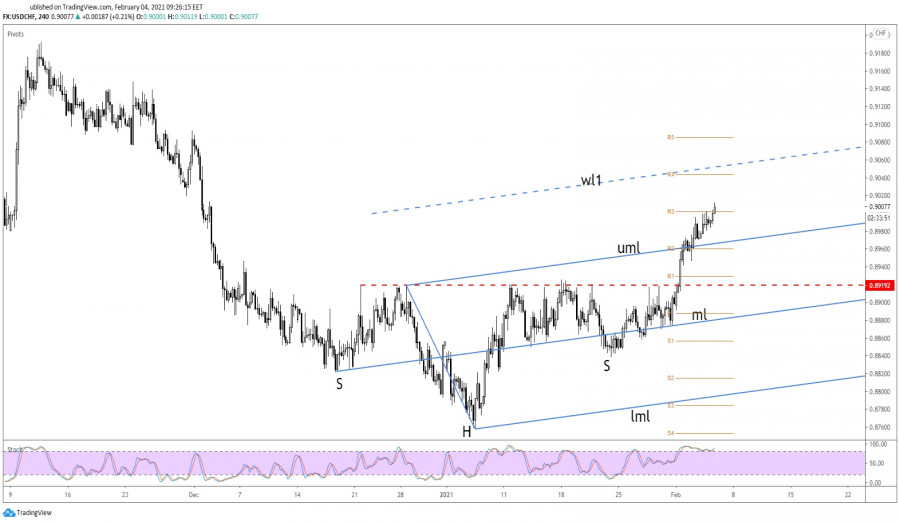 USD/CHF has registered a valid breakout above the R2 (0.8960) and through the upper median line (uml) confirming a larger upwards movement. The Inverse Head & Shoulders pattern was activated after the aggressive breakout through 0.8919.

The pair challenges the R3 (0.9001) static resistance. Closing above it signals further growth towards the R4 (0.9043). Technically, the inverse H&S pattern signals a potential increase to 0.9100 psychological level.

Closing above the R3 (0.9001) represents a buying signal with a potential upside target at the R5 (0.9085). The bullish bias will remain intact as long as it stays above the broken upper median line (uml).