Yesterday, the euro settled below the MACD indicator line on the daily chart. This suggests that now the road to a medium-term decline with the 1.1760 target and, probably, below, in the target range of 1.1550/75 is open. The goals are still to be specified. 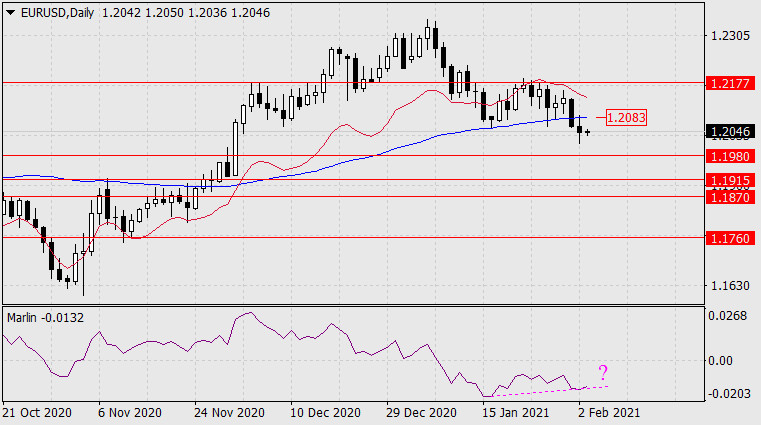 But at the moment there is a circumstance that can disrupt the plan to pull down the price to the nearest targets: 1.1980 and 1.1915. This is a sign of the price convergence with the Marlin oscillator. If this convergence is completed and it turns out to be strong, the price will be able to return to the area above the MACD line and then a new downward momentum will be carried over for several more days. In the meantime, the correction is limited by the resistance of the MACD line at 1.2083. 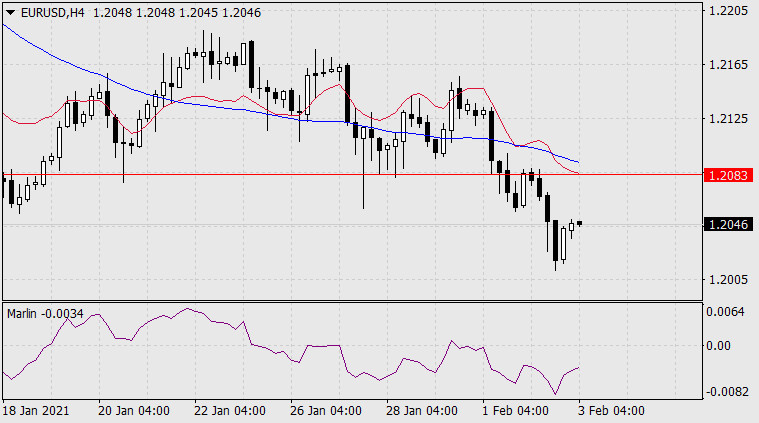 There are no clear reversal signs on the 4-hour chart. The Marlin oscillator is growing in a downward trend zone. The price and the oscillator are growing within a moderate correction. The main scenario – the imminent end of the correction and the price falling to the first target of 1.1980 and to the second target at 1.1915 has higher chances, about 70%.