The pound traded in a wide range of 100 points yesterday, closing the day with a symbolic rise of 5 points. This made such a change in the technical picture that the signal line of the Marlin oscillator went down from its own wedge, but at the same time it still remained in the zone of positive values, as a result of which the wedge-shaped structure was transformed into a horizontal range one, it is marked on the chart with a gray area. Such a development of events reduces the likelihood of a sharp decline in prices, but still does not cancel the general declining market sentiment. Now the closest task for the pound is to get the price to settle below the 1.3648 level. Then a decline to the target level of 1.3480, the MACD indicator line is already approaching it. 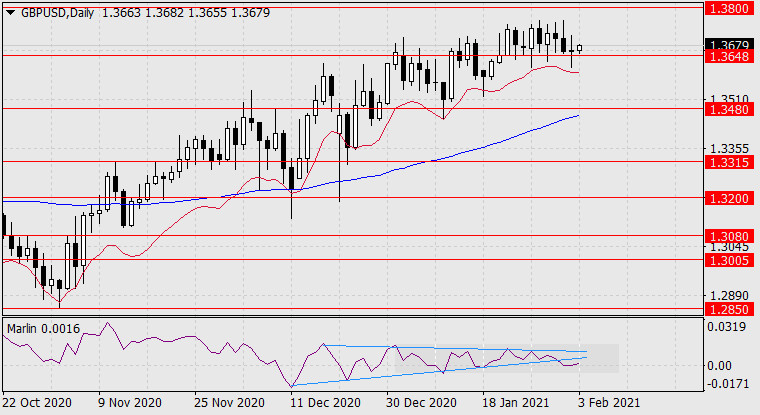 The price did the main thing on the four-hour timescale – it settled under the balance and MACD indicator lines. The Marlin oscillator continues to develop in the negative area. The price is most likely to settle below the reference level of 1.3648 today. Also, the price will leave the range of consolidation of the gray rectangle. 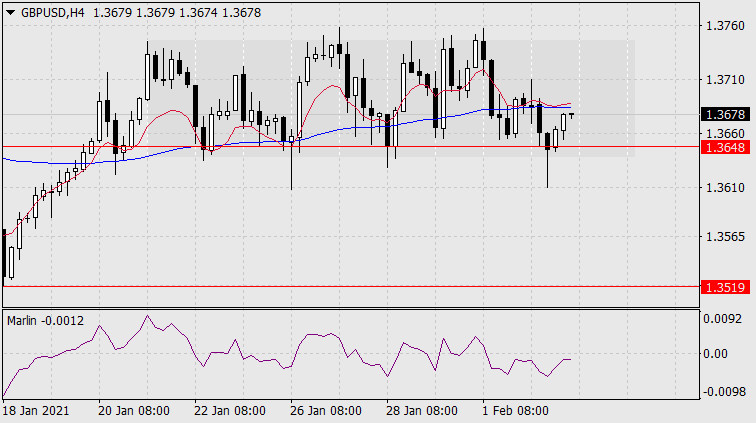