Not without a struggle, the Australian dollar yesterday consolidated under the important technical level of 0.7641 – the trading range was 100 points. But with this, the Australian dollar has achieved the opportunity to decline further – in the target range of 0.7500/35 and further to the level of 0.7410 (the top of August last year and the low of December 2017). The Marlin oscillator on the daily is declining in its own descending channel. 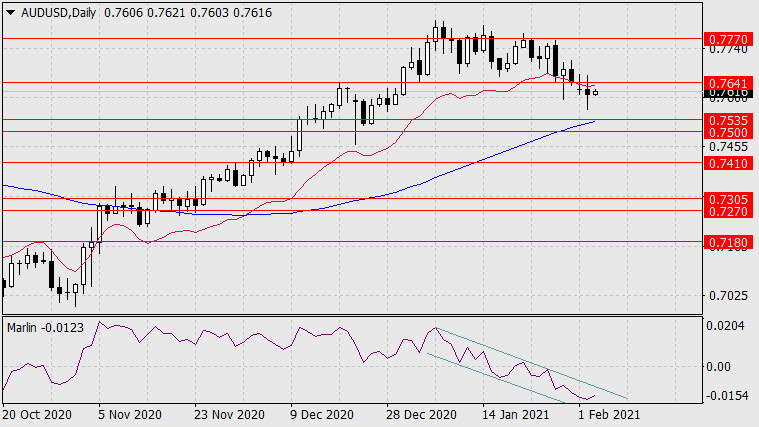 On the four-hour chart, the Marlin oscillator has been moving sideways in a narrow range since January 28, which is a sign of the upcoming momentum of the oscillator and the price downward, as it was on January 27. 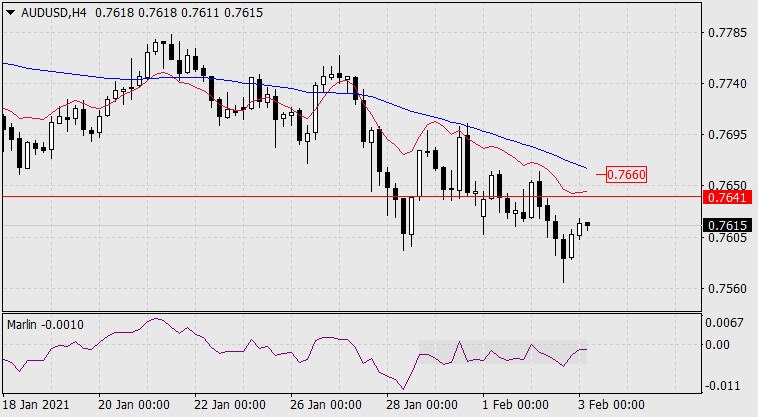