Yesterday, the USD/JPY pair formed a sign of reaching a local top by the upper high shadow on the daily chart. We expect the price to reverse this morning, which is confirmed by a reversal of the Marlin oscillator. After a continuous five-day growth, the price will probably still correct to the downside, but then the growth will take its toll, the price will try to work out the whole along the graphical trend line at 105.40. 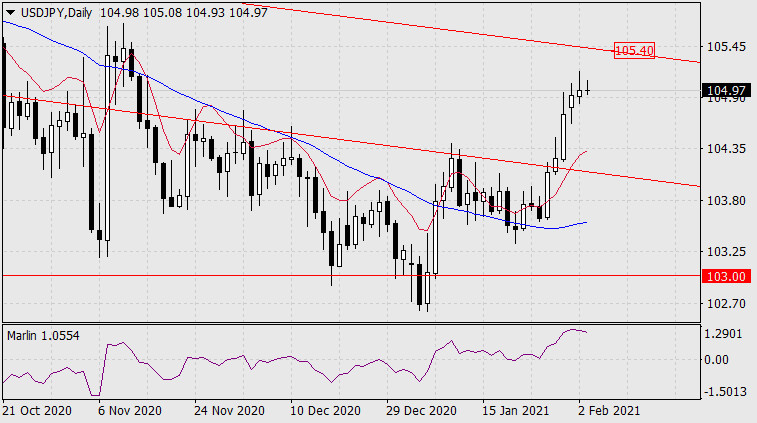 The price divergence with the Marlin oscillator has intensified on the four-hour timescale. The price went up from the consolidation range of 104.62-105.04, which we marked, but immediately returned to it. The whole day will probably be corrective for the yen. We are waiting for the end of the correction in the area of the lower border of the range (104.52) or slightly below the MACD line (104.48). 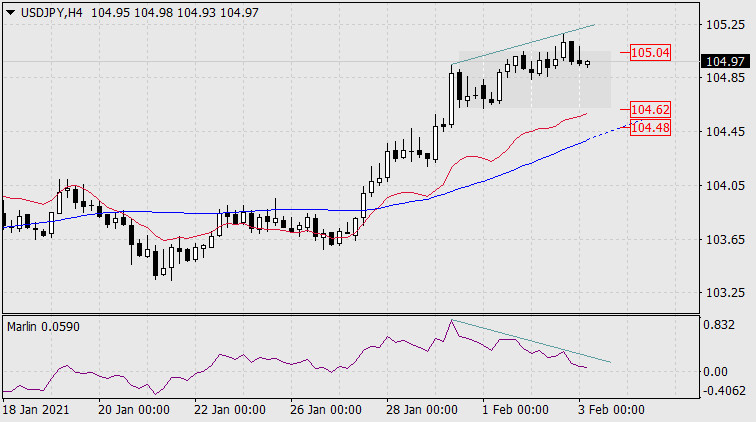