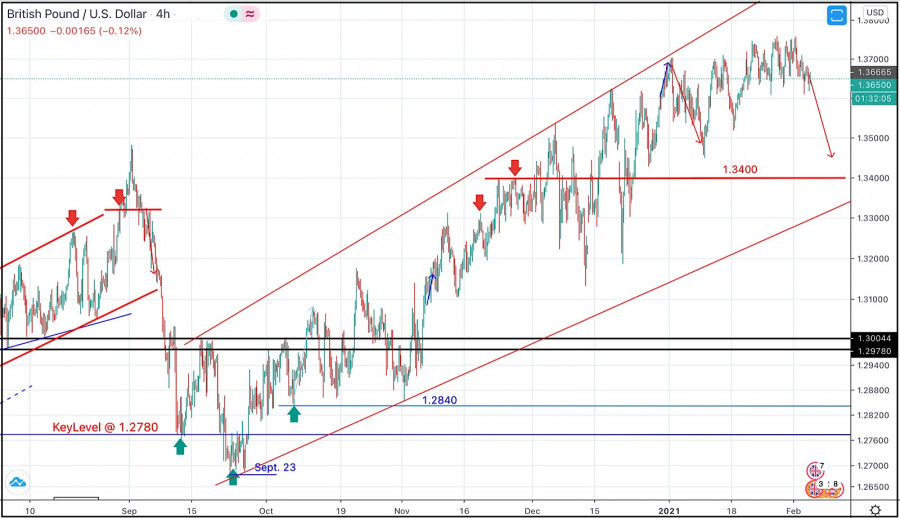 Another temporary bullish movement is being expressed to test the previous WEEKLY High around 1.3700. Further upside movement is expected towards the upper limit of the current movement channel around 1.3800 where bearish rejection and a possible SELL Entry are suggested.

Intermediate-term outlook can turn into bearish if only the GBP/USD pair could break below and maintain movement below 1.3400. If so, a quick bearish decline initially towards 1.3200-1.3150 would be expected.