ETH/USD did not break support level at $1,200, instead price broke above $1,390 and has reached $1,500 as expected and even higher. Price is making new all time highs. Trend remains bullish. In the 4 hour chart we saw the cross of the tenkan-sen above the kijun-sen something that we mentioned would be a bullish signal. 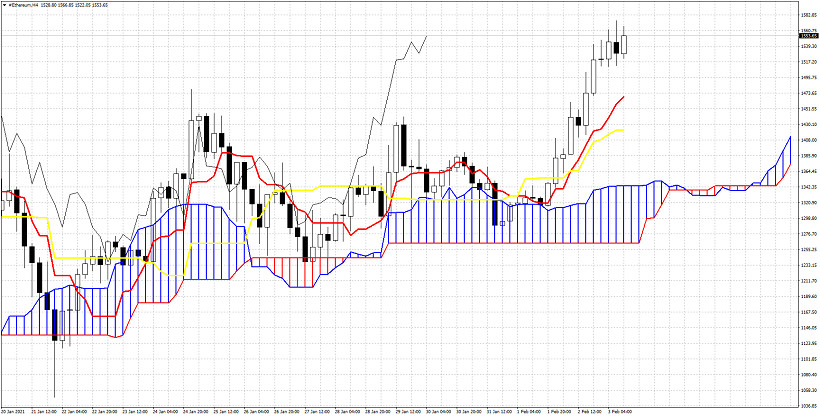 The cross came as price was breaking above the resistance of $1,390 we mentioned in our last post. Support by the tenkan-sen is now at $1,468 and by the kijun-sen at $1,422. A pull back towards these two levels is justified and as long as price is above the cloud, trend will remain bullish in the short-term. 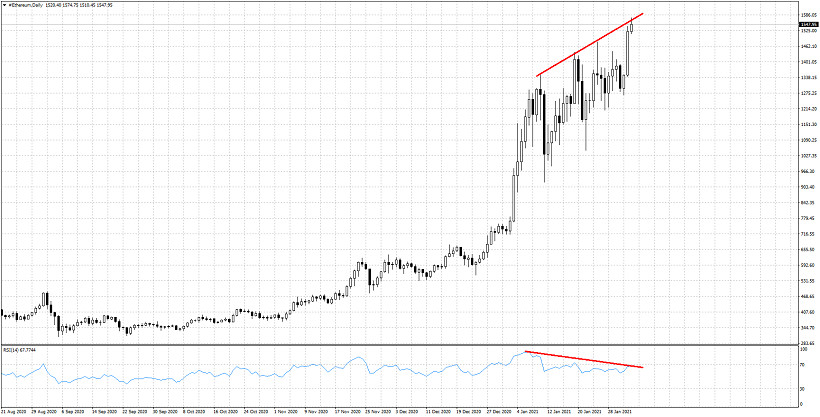 In the Daily chart we take a look at the warning signal by the RSI. The RSI is not making new all times highs as the price. The lower high provides an important warning to bulls. This is a sign of weakening upside momentum. This is not a reversal or sell signal. This is just a warning that bulls should not ignore.