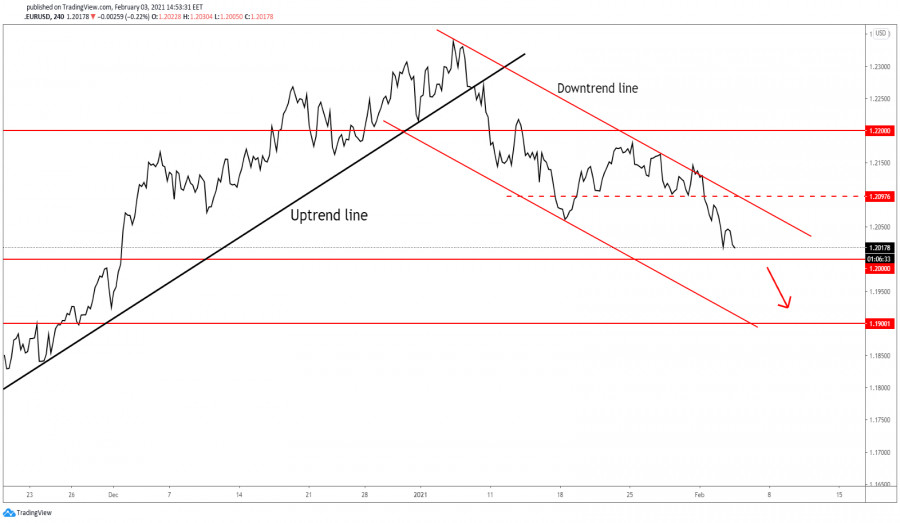 EUR/USD dropped below 1.2060 former low signalings a broader drop ahead. I’ve told you in my previous analysis that the pair continue to decline after failing to stabilize above the downtrend line.

Dropping below the 1.2097 level activated the current sell-off with an immediate downside target at 1.2000 psychological level. Technically, the next major downside target remains at the down channel’s downside line, around 1.19.

The breakdown below 1.2060 former peak low represented a selling signal. Now, a new selling opportunity could be signaled by a drop and stabilization below 1.2000 psychological level.

The bearish, downside, bias remains intact, EUR/USD should drop deeper as long as it stays under the red downtrend line, within the descending channel’s body. The 1.1900 and the channel’s downside line could be used as downside targets.