The year of 2021 may bring revolution to the stock market. A week ago, a group of traders were bidding up a handful of stocks and forcing losses on big hedge funds. Today, on February 2, the largest altcoin by market capitalization approached its all-time high.

The cryptocurrency hit the level of $1,458 on the Binance crypto exchange. During the last 24 hours, its price has advanced by 8.5% and its capitalization has skyrocketed to $165 billion. It seems that it is not the end. Analysts suppose that ether may continue its rally even above $1,400. The rise could have been boosted by a break of the important level of $1,320.

Thus, ether has every chance to go on gaining in value and reaching new highs. If the cryptocurrency does not fall in the next 24 hours, it will easily jump to $1,480. Notably, the key resistance level is located at $1,500. The altcoin is likely to stop increasing after reaching the mentioned level. It may lose significant support that it gained at the level of $1,340. 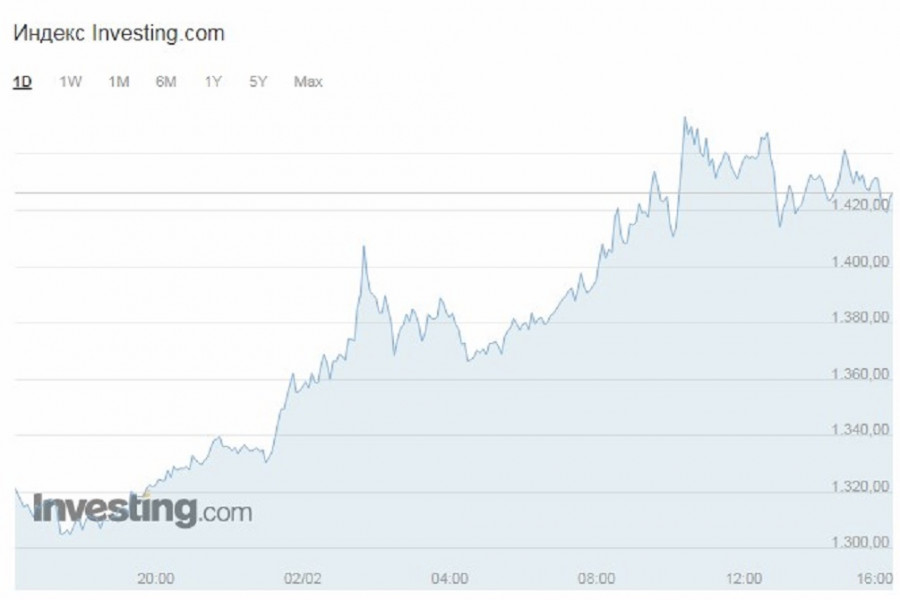 In fact, ether may begin dropping if after a decline from $1,500 it fails to fix in the safe-haven zone between $1,390 and $1,400. Nevertheless, investors should not worry as the cryptocurrency approached its all-time high at the beginning of 2021. What is more, most experts predict a jump to $2,000 as early as this year.

Not so long ago, popular social media network Reddit partnered with the Ethereum Foundation. The aim of the partnership is to increase the site’s “commitment to blockchain, accelerating scaling and resources for the Ethereum ecosystem, and bringing the value and independence of blockchain technology to millions of redditors.” Of course, this pushed ether to its new highs.