LTC/USD fell as low as $125 and did not break the important support of $118.50. Price has reversed and has broken key trend line resistance while now it challenges recent highs at $145. If bulls manage to recapture $145 we could see $160-65 next. 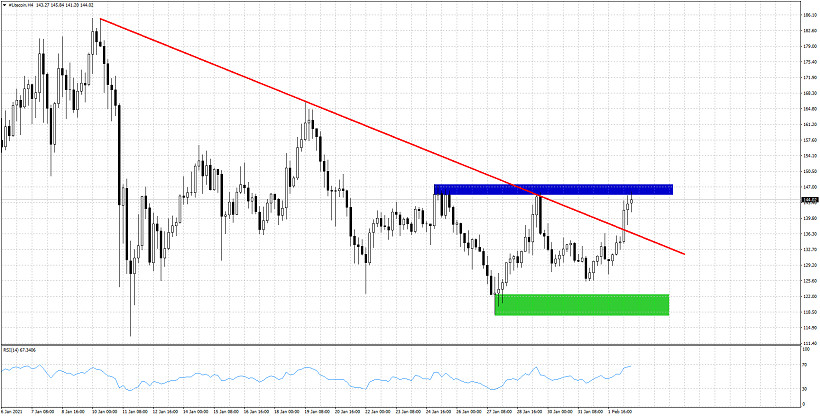 LTC/USD is challenging the horizontal resistance at $145. With a lower high in place at $125, a break above $145 would be a bullish signal. Price has also broken above the red trend line resistance and all signs point to a move higher. Only a close below $131 would destroy bull’s chances.