NZDUSD is trading just 60-70 pips lower than the recent highs. Price remains inside the bullish channel. This pair is not as vulnerable as other USD pairs and price remains supported. Our view is that a deep pull back should be expected and upside potential is limited. 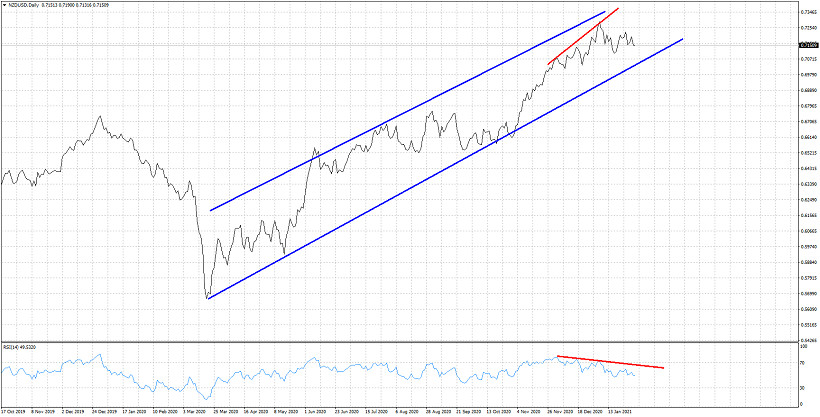 The RSI is providing us with a warning. The bearish divergence in the RSI should be noted and traders must keep a close eye on the short-term support levels. Support is found at 0.7050-0.7090. Breaking below this area will be a bearish sign and will imply a bigger pull back is to be expected. Resistance remains at 0.7245 and as long as price is below this level, NZDUSD is vulnerable to a correction.