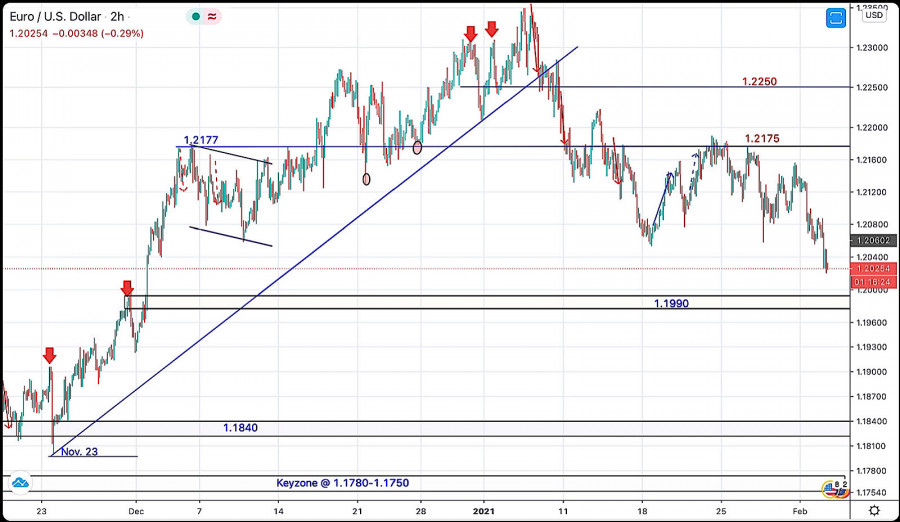 Few weeks ago, another episode of upside movement was expressed towards 1.2250 then 1.2350 where a false breakout above the price level of 1.2200 was regarded as a considerable bearish reversal signal.

However, the EUR/USD pair has failed to pursue towards lower price levels. Instead, the pair has spiked above the depicted Weekly HIGH around 1.2270 before the current bearish rejection was initiated around 1.2350.

Persistence below the price level of 1.2170 has turned the intermediate outlook for the pair into bearish and enhanced further downside decline towards 1.2080 and just above few pips above 1.2040 as expected.

Currently, an atypical reversal Head & Shoulders Pattern is being depicted on the chart. Further confirmation needs more bearish persistence below 1.2170.

On the other hand, the recent upside pullback towards 1.2170 was suggested to be considered for SELLING the EURUSD pair again. It’s already running in profits. S/L should be placed just above 1.2220.

Next projection target for the EURUSD pair would be located around 1.1990 where price action should be watched cautiously.