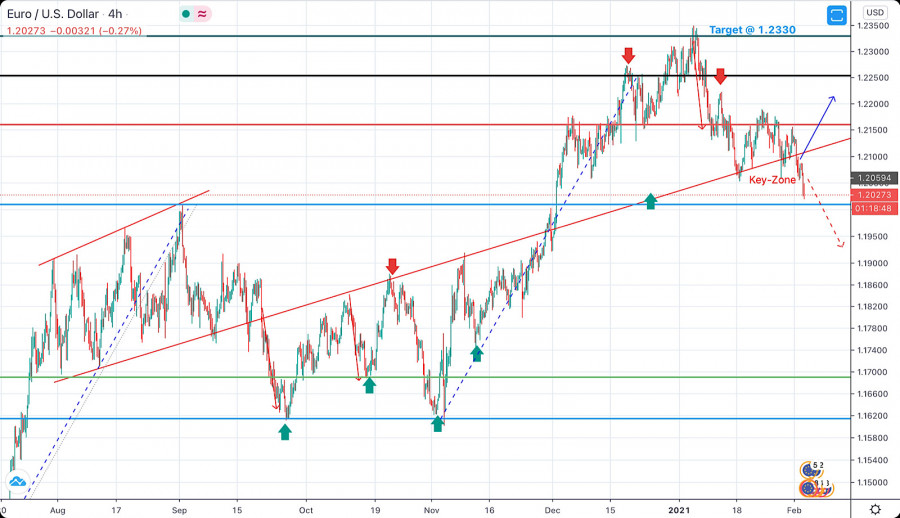 Early Exit should be considered for the previous BUY Position while waiting for a possible bearish continuation Pattern.

Bullish closure below 1.2160 is needed to enhance further upside movement towards 1.2250 as an Intraday target. On the other hand, Bearish closure below 1.2000 would enhance the continuation of the current bearish Head and Shoulders Pattern towards lower targets around 1.1950 and probably 1.1860