According to recent statements, the EU wants to strengthen the euro’s position in the global economic arena, the aim of which is to weaken the dominance of the US dollar and insulate the bloc from financial risks, including US sanctions.

In a draft presented on Tuesday, the European Commission (EC) detailed how the region can strengthen its economic and financial resilience, mentioning that the euro could strengthen amid dedicated Eurobond mission. This will not only create a digital euro, but also stimulate the use of the currency by partner countries.

The call for this step is a flight of endless sanctions from the United States, where under the administration of Donald Trump, the EU was imposed at a record rate. During this term, many measures were raised against companies, individuals and even oil tankers related to Iran, North Korea, China, Venezuela and Russia. For example, banks, companies and people doing business with Iran were punished.

So, because of this, the EC decided to adopt instruments that will enable it to pursue foreign policy goals with less use of an unpredictable US ally. Former EC President Jean-Claude Juncker was the one who initiated this move, since according to him, a fair agreement with the US will not be reached.

It was back in 2018, during Juncker’s presidency, that Donald Trump pulled the United States out of an international agreement. It did not only limit Iran’s nuclear program, but also reintroduced sanctions.

Aside from that, US ‘measures are seen as a way to increase exports of liquefied natural gas to Europe, as well as preserve fuel transit through Eastern European countries that do not use the euro but are friends with Washington.

“Strengthening the international role of the euro can protect our economy and financial system from currency shocks, reduce dependence on other currencies and provide lower transaction, hedging and financial costs for EU firms,” European Economic Commissioner Paolo Gentiloni told reporters.

According to the European Central Bank (ECB), the euro remains the second most used currency in the world after the dollar. But despite the latest push, there is little the EU can do, in terms of policy or legislation, to significantly increase the use of its currency.

The main focus of the EU will be the completion of flagship projects that will better integrate its banking sector and capital markets. However, these initiatives have often been deadlocked by deep-seated divisions between governments.

Unfortunately, although the EU is doing its best to try to change something in the world stage, the dollar will remain dominant in the markets. 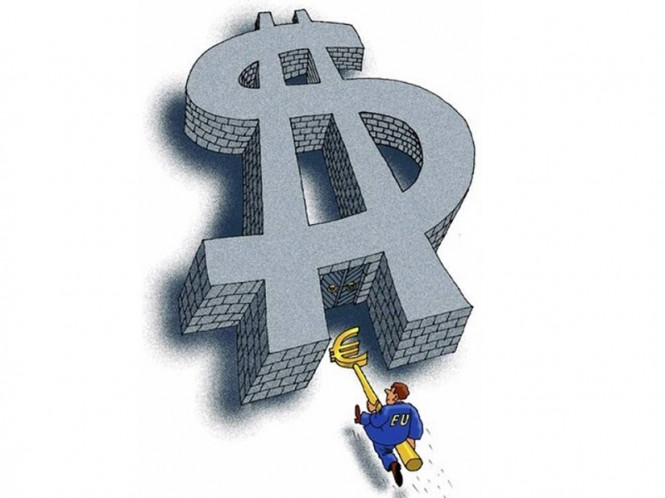 What happened on the trading charts?

EUR / USD rallied in the medium-term, however, it found strong resistance at 1.2350, relative to which a correction towards 1.2050 followed.

The main question is: what to expect next?

Given the high exchange rate of the European currency, the correction is not enough to equalize trading forces and remove the overbought status. Thus, a full-sized correction, relative to the scale of the medium-term trend, is still possible in the market.

What is happening in the market at the moment?

This range can play the role of resistance to a fuller extent, and can slow the pullback and return sellers to the market. But in this case, the bears need to place a clear stop first and put sell positions a little further, at 1.2110. In this scenario, the euro has a high chance of moving towards 1.2050-1.2000.

But if the quote remains above 1.2170 (in the H4 chart), a recovery process relative to the current correction may occur. 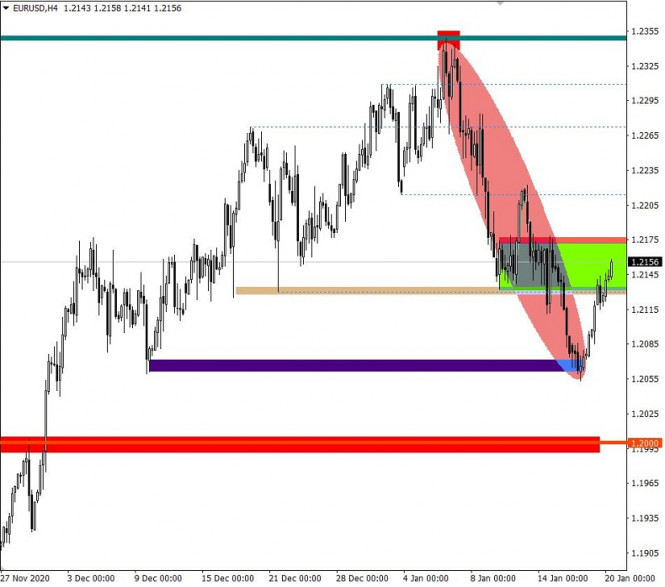 What are the indicators signaling? 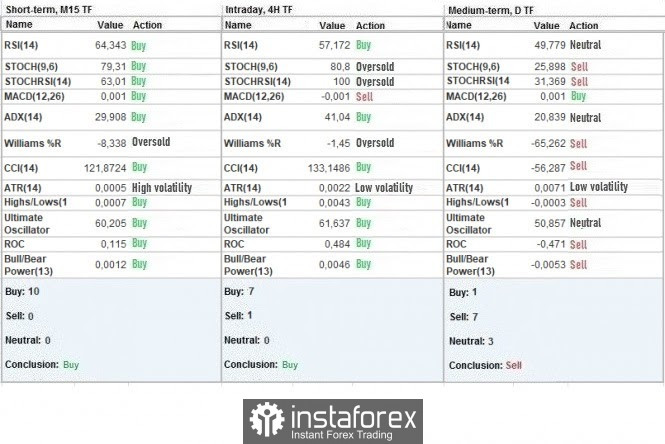 The average daily indicator (for five trading days) was 68 points, which is 12% lower than the average level of overall volatility. Acceleration may occur tomorrow after the meeting of the European Central Bank. 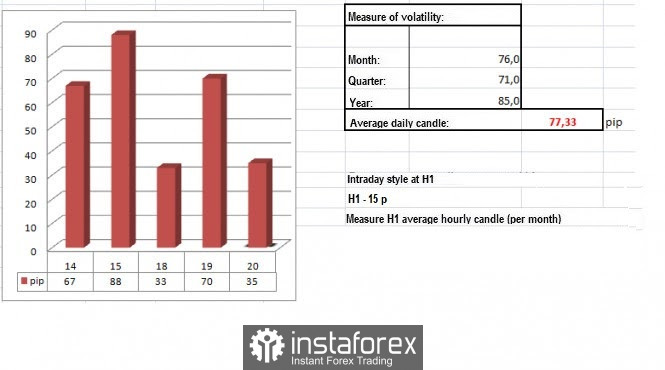