The third estimate of the eurozone’s GDP for the third quarter was slightly better than the previous two, which showed a slowdown in the economic downturn from -14.8% to -4.4%. First, the scale of the decline in the second quarter was slightly reduced, to -14.7%. Of course, this is not much, but it is still rather a positive factor. Second, the rate of decline in the third quarter seems to have been only -4.3%. And given the fact that this is the third assessment, most likely, the final data will be exactly the same. Thus, the overall data for the entire economy has slightly improved. Nevertheless, the euro did not react at all. Frankly, it stood still all day. This is largely due to the fact that there wasn’t any significant information on Brexit. And investors are more likely to expect a somewhat personal meeting between Boris Johnson and Ursula von der Leyen, which will take place this evening, and we also have the EU summit. And the European Central Bank will hold a meeting tomorrow. Against such a background, the third estimate of GDP for the third quarter does not look like a significant event. Moreover, it is only visually different from previous estimates. 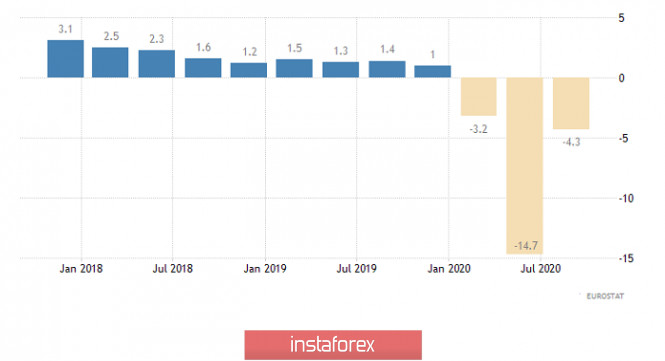 Apparently, the market will be less active today than yesterday. Of the macroeconomic data, only open vacancies in the United States will be published, the total number of which should be reduced from 6,436,000 to 6,400,000. Changes may be purely symbolic. And they are published quite late from the markets’ perspective. And the meeting between Boris Johnson and Ursula von der Leyen will take place even later. 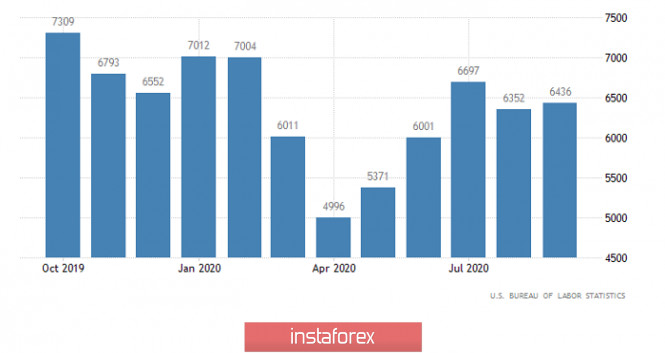 After a slight rollback from the local high of 1.2177, the EURUSD pair became stagnant, where the 1.2095/1.2135 coordinates serve as variable boundaries. The overbought state of the euro, as before, persists in the market, which can lead to sharp price changes.

The market dynamics over the past day has a low indicator, as if the quote is in an accumulation process.

If we proceed from the quote’s current location, then we can see the price moving along a narrow range, where the existing range may expand to the levels of 1.2078/1.2177.

Taking into account the information we received about the quote’s location and the manner of its fluctuation, it is possible to draw up trading recommendations based on the method of overcoming the borders:

Consider buy positions higher than 1.2140, towards 1.2165-1.2175. The largest price change will occur after price taking higher than 1.2180, which will lead to restoring the upward trend.

From the point of view of complex indicator analysis, we see that the indicators of technical instruments on the minute and hourly intervals signal a buy, following within the upper limit of the variable range. 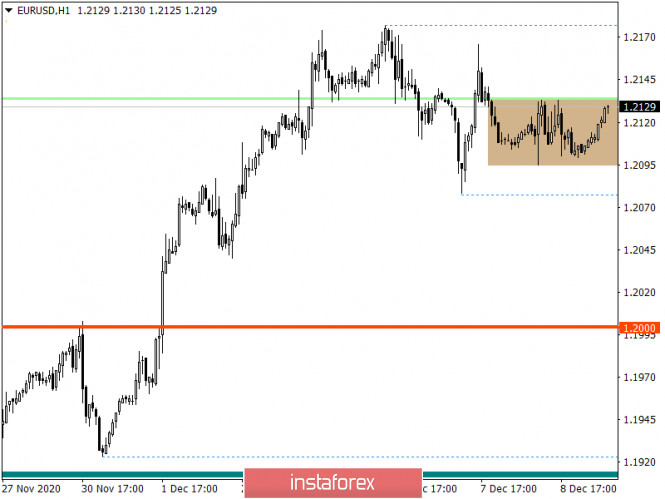