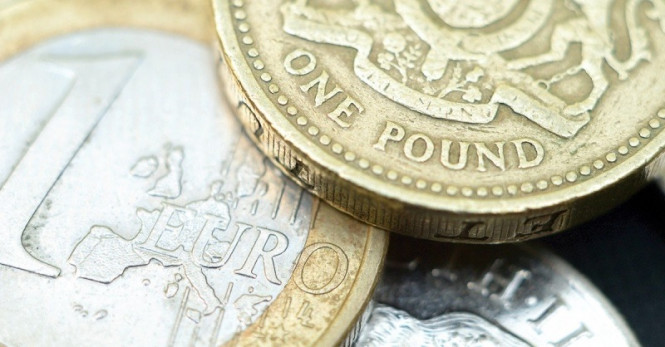 When it comes to another deadline for a Brexit deal, it is not just traders and analysts who are laughing sarcastically. The next deadline for finding a compromise between Brussels and London is set on December 9, Wednesday. All parties involved still have significant differences and, most importantly, a reluctance to concede to each other. Fishing and shipping are a stumbling block to the deal. The UK proposes to move these issues beyond the current trade agreement, the EU opposes.

At this time, uncertainty increases in the markets, and the risks of deal failure is growing. This can be clearly seen in the movement of the pound. The intraday fluctuation range of the sterling against the US dollar was about 2%.

Who believes that Wednesday will really be the deadline for making a deal? Perhaps no one, well, or very optimistic units. The deadline is likely to be postponed again, and the Brexit series will continue.

However, the pound has cheered up a bit during the US session. It managed to get out of the constant pressure from sellers, as the British authorities gave the go signal to remove three points from their law on the internal market that violate international law. A small concession, but a step towards it. Despite the recovery, the pound is still trading in a protective zone.

Implied volatility in the pound approached 8-month highs. This means that traders are expecting serious fluctuations.

“The fact that Johnson will go to meet with EC President Ursula von der Leyen means that all is not yet lost regarding the deal,” Rabobank experts write.

Considering that mutual disputes have not been overcome, it would be wrong to wait for a sudden compromise and agreements with fireworks and, as the bank noted, “far from reality”.

ING has not changed its forecast for the pound. Experts still believe that the pound has more potential for a fall than a chance of growth. Moreover, the risk of a decline in a chaotic Brexit is much higher than the likelihood of an increase in a positive outcome – the conclusion of a trade deal. An increasing number of strategists are making such conclusions.

According to the latest CFTC report, speculators prefer a net short position in the pound.

As for the fresh and unknown deadline, which falls on Wednesday, its markets are unlikely to be left without attention. Volatility in Forex can increase and go beyond the pairs that contain the pound.

Now there is a political reason for the correction in the EUR/USD pair. The euro is likely to start losing momentum to gains above 1.20. This week, there is mostly sideways movement in the EUR/USD pair. It is worth watching closely the levels of 1.2100-1.2170. Breakout and consolidation from below or from above can serve as a signal for a further trend. It is also worth noting that the positively resolved political situation will play into the hands of the main pair of the foreign exchange market, the impulse for growth will increase to 1.2400, and maybe even higher.

However, the targets of the downward trend can also be quite strong, and this should not be written off. Ahead are the December meetings of the Fed and the ECB, which should make the picture clearer and more complete.

Until the meeting of the European regulator on Thursday, December 10, the euro is unlikely to leave the distance of 1.21 against the dollar. Investors will prefer to take a wait and see attitude.

The US Congress is due to vote on a temporary funding bill in the coming days. This will give lawmakers more time to reach an agreement on a larger amount. Traders could actively sell the dollar in anticipation of this event, but having learned from experience, they will probably decide to wait for the denouement. There are so many unjustified hopes for incentives.