Republicans and Democrats failed to agree on stimulus measures yesterday, as Senate’s majority leader, M. McConnell rejects a new $ 908 billion bipartisan stimulus plan, which was proposed in the hope of breaking the legislative impasse that had formed even before the presidential election amid the spread of COVID-19 in the United States.

These measures are aimed at solving the problems that will arise on December 11, not only with the government’s financing, but also various government programs, including measures to support America’s business and population. If no agreement is reached, which is really possible, due to the hostile relations between Mr. Trump and Democratic Party representatives, who he thinks cheated in the elections, then this confrontation may lead to a lockdown of government agencies and decline in the US stock market, which continues to make attempts to rise, despite the huge number of cases and deaths from COVID-19 in the States.

It should also be noted that the Senate’s majority leader M. McConnell and Lower House of Congress’ majority leader N. Pelosi did not actually meet and discuss the topic of incentives. This means that the media stunt that was made by Democratic representatives and Pelosi herself that negotiations are going on, turned out to be untrue.

As a result, markets reacted with a slight decline in US stock indices yesterday, with the exception of the NASDAQ 100, which continues to rise amid broad demand for technology stocks.

On another note, the inability of the UK and the EU to agree on Brexit terms was revealed again on Monday. All the false optimism that the parties had previously said in the form of their comments supported the pound and stimulated the growth of the British main stock index FTSE 100, whose growth stopped, as the uncertainty factor will stimulate the pound’s rate and the dynamics of the local stock market.

The euro against the US dollar continues to consolidate at the end of week after reaching a local high. However, it was limited by the high probability of a no-deal Brexit between the parties concerned. Meanwhile, the ICE dollar index is trying to hold above the 90th level, having strongly risen yesterday followed by a pullback. The expectation of stimulus measures, particularly the implementation of a current proposal of $ 908 billion still exerts pressure on the USD. In addition, the broad demand for risky assets (company shares), which may totally change if new support measures are not taken before December 11 and funding for the US government is not extended also adds pressure. In this case, a sell-off in the stock market may lead to a strengthening of the US currency.

The EUR/USD pair is consolidating above the level of 1.2100. Thus, we believe that it is likely to further decline to 1.2000.

The GBP/USD pair remains under pressure amid the uncertainty surrounding the Brexit agreement. In view of this, the pair may further decline to 1.3265. 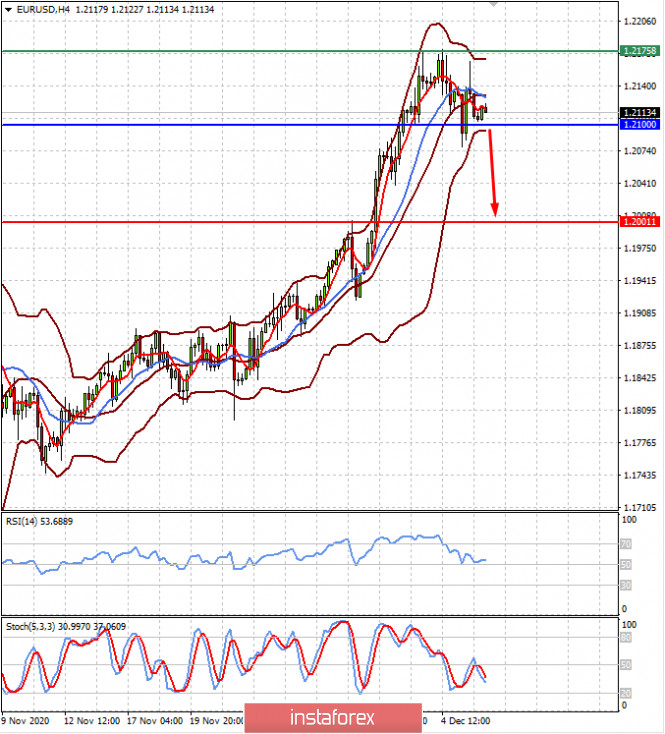 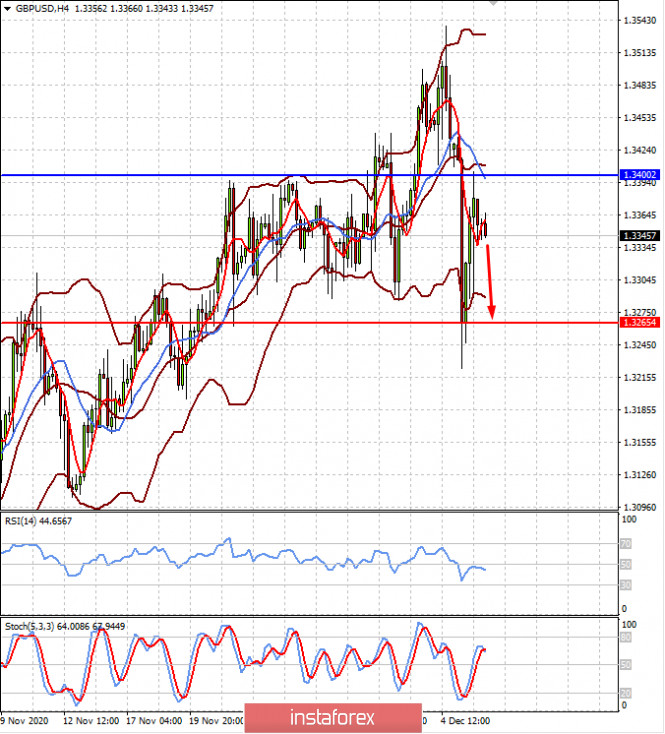