UK Prime Minister, Boris Johnson, is set to travel to Brussels for urgent talks with European Commission President, Ursula von der Leyen. The reason for this is that all attempts made by both UK and EU negotiators to find mutual understanding have failed, and there is simply no time for new rounds of negotiations. To add to that, Johnson said there was no talk of extending the transition period for another year. Thus, yesterday, he and von der Leyen agreed to meet in person to try to break the deadlock. 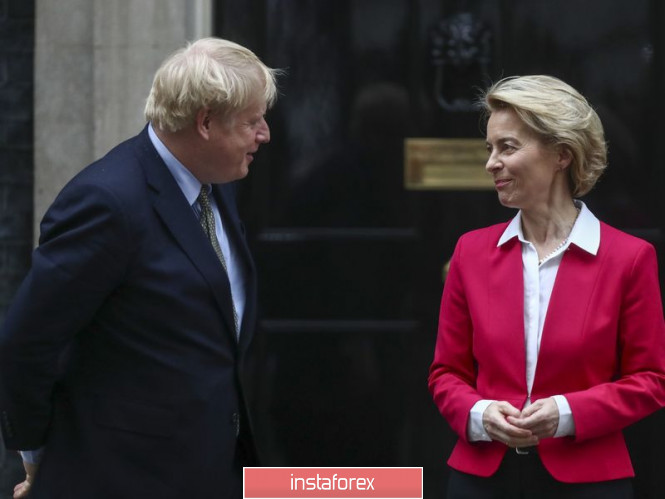 This news renewed hopes for investors, most especially since in all eight months of the negotiations, an agreement between the two countries was not made. The intervention of political leaders suggests that both parties want to conclude a deal before the final deadline on December 31, when the UK will formally leave the EU. And although the two sides still have many disagreements with each other, the chances of signing a deal will seriously increase if the issues on fishing and fair competition rules for European and British companies are resolved. However, the UK’s side does not share the EU’s optimism and has gloomily assessed the state of affairs, warning that negotiations could lead to failure.

Rumors also surfaced that since the disagreements escalated last week, there was no tangible progress yesterday, and there is every chance that the parties will not come to an agreement until the end of Wednesday. Irish Foreign Minister, Simon Coveney, even expressed disappointment with the way the UK is behaving in the negotiations.

Quite an interesting report was published yesterday, which indicated that the trajectory of the global public debt is unlikely to change after the current crisis. At the moment, its value is approaching a record 100% of GDP, and this may pull economic forecasts into negative territories. Even if the central banks of different countries reduce the cost of government spending (compared to pre-crisis levels), there is still the issue of growing national debt. Modifying monetary policies also does not entail a reassessment of risks.

One risk that excessive global debt produces is uneven economic recovery. Thus, even though Scope Ratings said the global economy could recover by about 5.4% in 2021, it will be uneven due to the current massive world public debt. Nonetheless, huge economic growth, about 9.9%, will be seen in China in 2021, while the US, on the other hand, is unlikely to see a rise above 4%. In the eurozone, more active growth is expected in the region of 5.6%.

A more active economic recovery means more demand for risky assets and, accordingly, a decline in the US dollar. The widespread availability of COVID-19 vaccines will also make the US dollar weaker, in addition to the adoption of a massive US stimulus package. If the US government adopts the recently-proposed $ 900 billion package, tax will increase in the future, as will the cost of national debt.

In another note, COVID-19 continues to rage in the United States. It seems that the authorities are not showing much concern to the statistics, which could result to the US taking much longer to recover from the virus.

Meanwhile, the strong growth of the euro is a serious problem for the European Central Bank. It may attempt to verbally intervene against it soon, however, the bank’s rhetoric alone will not be enough to deter investors, especially those who count on the strengthening of risky assets. The maximum that the ECB will manage is to delay growth and achieve a return to the area of the 19th figure. The ECB may also make significant policy changes, which will lead to the return of pressure on the European currency. Such a scenario will bring the quote to levels 1.1840 and 1.1790, but a break above 1.2175 will lead to a rise towards 1.2260 and 12340.

With regards to economic reports, the Conference Board published data on US employment, which indicated that the employment trend index rose in November, but the pace of job creation is slowing. This is not surprising in light of the latest figures from the US Department of Labor. The index, as calculated by the Conference Board, amounted to 98.81 points in November, against the October value of 98.32 points. Last Friday, the US Department of Labor reported that only 245,000 jobs were created in November.