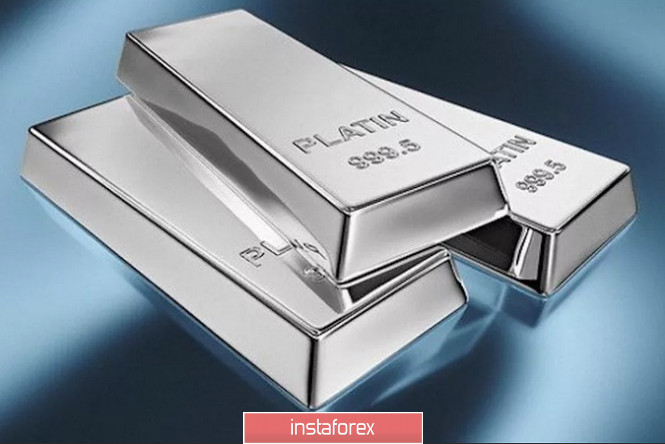 Platinum has been declining in the market. Earlier this year, the difference between the futures price and the spot price have grown sharply, but in the near future, the price of platinum is expected to correct in the futures market.

“What happened was that when the difference between the futures price and the spot price increased to more than $ 75 an ounce, traders, instead of incurring that $ 75, leased a bar, melted it down, and then turned it into a 50 ounce bar in Switzerland. Afterwards, they transported those bars to NYMEX warehouses,” Trevor Raymond, director of research at the World Platinum Investment Council, said. “The bad news was that positions on the futures exchange have dropped significantly, thereby suppressing the price.”

Spreads have narrowed since then, and people started taking net longs for the first time in a couple of months.

But even though the supply was scarce, price was suppressed by several reasons: expectations of reduced car sales and increased demand for competing precious metals such as gold and silver.

In November, the deficit in the platinum market was over 1.2 million ounces, which is nearly four times bigger than it had two months before that.

But recently, the same forces that have held platinum back have pushed it upward.

As of December 4, the price of platinum (from the beginning of the year) has increased by 11%.

The main reason for the decline in supply is the shutdown of mines due to quarantine.

To add to that, a reprocessing plant in South Africa went down in April, May and November, and will also be shut down in December, which will remove 900,000 ounces of refined platinum.

Nonetheless, on the demand side, there are four main drivers: automotive catalysts, jewelry, industrial use, and investment demand.

“This year, activity in the industrial, jewelry and automotive industries have reduced, but there is still a potential for growth in demand. This is because CO2 emissions have become a big problem, so people’s attention are focused on sustainable action to combat climate change. Accordingly, this raises the growth potential of platinum.”

According to Raymond, investment demand will continue rising in 2021.