Brexit negotiations stopped again over the weekend. At this time, France opposed the fishing rules of England and the negotiations have been extended until Tuesday. In any case, some draft should already be ready for signature by the participants of the EU summit on the 10th to 11th. If this is not the case, the UK will leave the EU in a tough scenario. 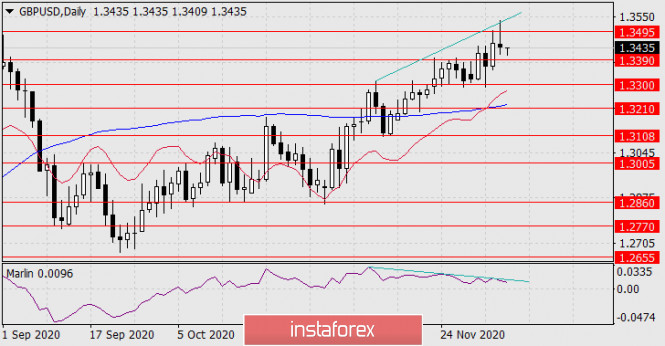 Based on the daily scale chart, the price is fixed below the level of 1.3480 and a double divergence is formed on the Marlin oscillator. Breaking the price of the nearest support of 1.3390 will open the target of 1.3300. Furthermore, the price will try to reach the Kruzenshtern line near the price level of 1.3210 (the top of January 2020 and January 2019). 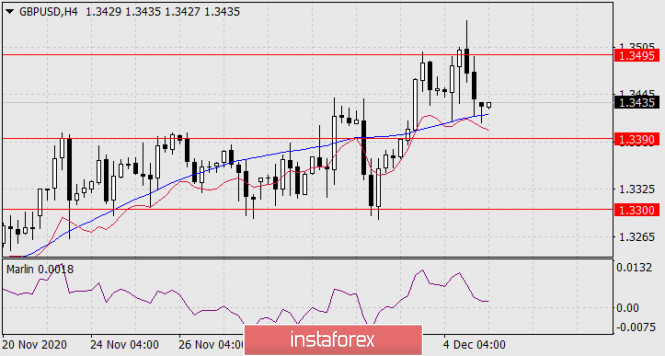 According to the four-hour scale, the price is struggling with the support of the Kruzenshtern indicator line. After fixing under it, the price should also overcome the strong price level of 1.3390, after which the way to the first target of 1.3300 is opened.