Last Friday, the AUD / USD pair fell by 13 points under the influence of the strengthening of the US dollar index by 0.12%. The price level of 0.7440 was strong enough and being under the developing pressure of the triple divergence now, the price will fall to the nearest support of 0.7340. Fixing below the level opens the second goal along the Kruzenshtern line in the area of 0.7255. More precisely, the target range will be at 0.7222 / 55. 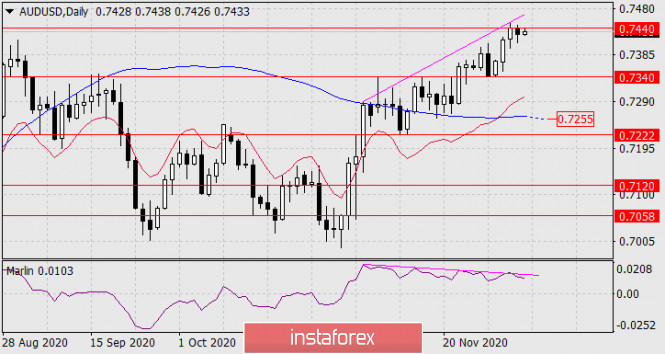 Based on the four-hour scale, the overall situation is still in upward trend movement. But, there are about 30 points left before the signal line of the Marlin oscillator moves to the negative area. This distance coincides with the Kruzenshtern line at 0.7400. Synchronous price transition under the Kruzenshtern line and Marlin’s departure to the negative zone will strengthen the downward potential. 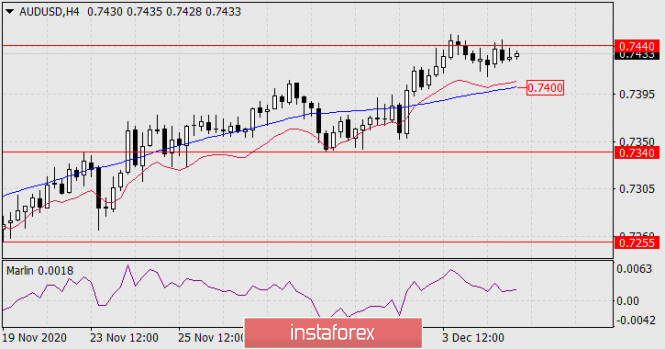