The euro currency is testing the 1.2100 level against the US dollar as bearish Brexit headlines start to weigh on the single currency. The beginning of the week features the ECB’s decision and the potential first approval of a US COVID-19 vaccine. Weak NFP have raised hopes for a stimulus package. 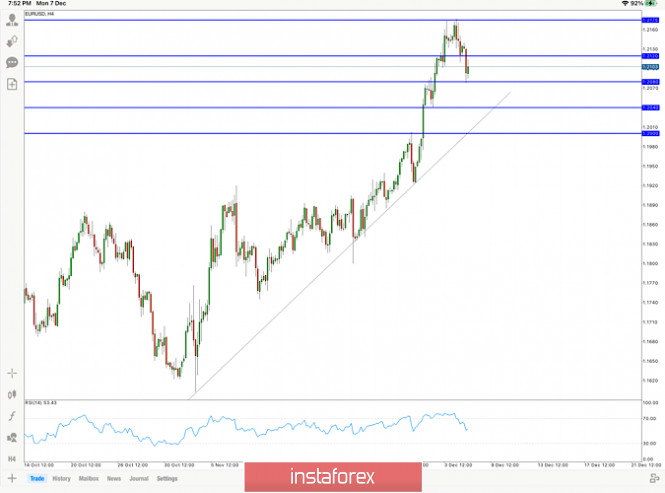 The euro/dollar is already some 80-100 pips away from the 32-month highs, and the upside momentum on the four-hour chart has faded. However, EUR/USD it is still holding above a month old ascending trendline.

The Relative Strength Index is far from oversold conditions. All in all, bulls are making some pullback move but sellers are still in play. Next support awaits at 1.2080 which resisted EUR/USD last week. It is followed by 1.2040 which coincides with the support of a month old trendline and the psychological round figure mark of 1.200.