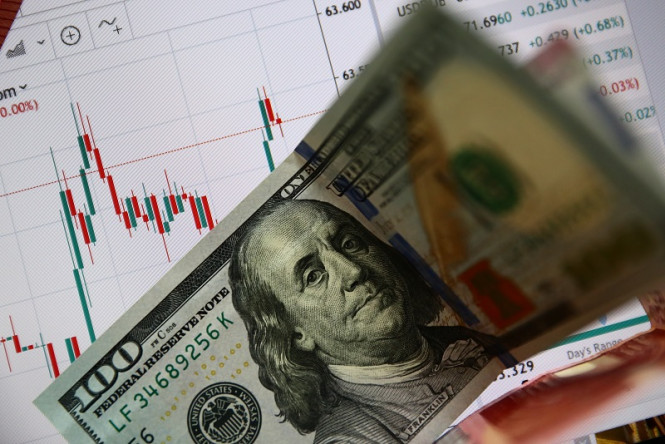 The dollar index has lost 3.7% since the beginning of November, remaining less than 2.5% above the area of the lows of early 2018. Its prospects are not encouraging, as the factors do not play on the greenback’s side. Leading world experts agree that the greenback will face a full-scale collapse next year. Citigroup expects devaluation at 20%, Morgan Stanley at 35%, and economists Peter Schiff and Stephen Roach announced the likelihood of a collapse of 50%.

A record economic growth or a tightening of monetary policy by the Federal Reserve can stop the dollar’s fall. But none of the events will happen in the near future.

The greenback was confused by the pandemic that hit the country at the most inopportune moment – the presidential elections and the end of the 10-year cycle of economic growth. The negative impact from the spread of the coronavirus has intensified on the economy, this is also due to the trade war and the increase in the money supply. The dollar has become less attractive in its usual role as a safe haven currency. Other alternative tools are currently the most popular.

The efforts of outgoing President Donald Trump were aimed at reducing the trade deficit by imposing duties on European and Chinese goods. This should have forced some companies to relocate their production to the United States. As a result, new jobs would appear in the country and the dollar would rise. In practice, everything turned out differently, and the trade deficit grew stronger.

The influence of politics on the US economy can also be traced in the Fed’s actions. There is a correlation between the rise of the stock market and the re-election of the president for the next term, so Trump was excited about the growing market. The central bank’s obligations do not include support for the stock market, but it bought securities of various ETFs and, thus, supported the stock market. Along with filling the market with fresh dollar liquidity and a decrease in the refinancing rate, this led to an increase in the money supply by 22%.

The number of dollars on the market may increase in the near future, as Congress is considering a new package of assistance to the population and business. Meanwhile, the dollar index came as close as possible to a 3-year low. So far, the 90-point mark has not been broken down, but this option is not ruled out. The Fed just increased the volume of daily purchases of government bonds by five times, which may trigger a sell off in the dollar.

In addition, the Nonfarm payroll report turned out to be worse than expected. The number of people employed in the non-agricultural sectors of the economy grew at the lowest rate since May – by 245,000. Markets expected an increase of 469,000 in the number of employees in the sector. Growth in the number of new jobs in November slowed for the fifth consecutive month. Meanwhile, the unemployment rate fell to 6.7% in November from 6.9% in October, analysts had expected a decrease to 6.8%.

The gloomy data is potentially good news for investors, as it means that the stimulus bill is likely to be passed in a fairly short time. The US stock market is in the green zone, and this is additional pressure for the dollar.

Given the pace of the dollar’s weakening, the EUR/USD pair may reach the 1.25 level by the end of December. However, we do not exclude the possibility of a technical correction before that.

The euro came close to 1.22 on Friday, and now everyone is wondering what will happen next. Technically, the euro has an opportunity to reach the 1.24 level, but it will not be as easy as it may seem at first glance. There is another factor aside from the two important December meetings – the ECB and the Fed. At some point, it can play a key role.

The dollar now acts as a funding currency, and it is unlikely that anyone will argue with this. Assets move synchronously: stock markets grow, which means the dollar falls. It is obvious that the reverse movement in the markets will abruptly change the dollar’s direction, that is, cause its rapid growth. It is not clear at what point this may happen. Perhaps the signal for investors will be achieving 1% on 10-year US bonds. According to analysts, the markets are very close to such an unpleasant outcome.