The British pound continued to show increased volatility on Thursday. This time it showed a range of 147 points, closing the day with an increase of 83 points. The 1.3480 target was reached. The double price divergence with the Marlin Oscillator got stronger. The markets have to be tested now with the final outcome of the Brexit epic. The talks were extended until the weekend, but it is simply impossible to extend them further. And the markets may fall simply on the fact of the conclusion of some kind of agreement, which will worsen the position of Great Britain in Europe, or simply Great Britain will leave the EU under a hard scenario. The only difference is in the rate at which the pound is falling. The first strong support level looks like 1.3175 – the high on October 21. The 1.3300 level acts as an intermediate level. 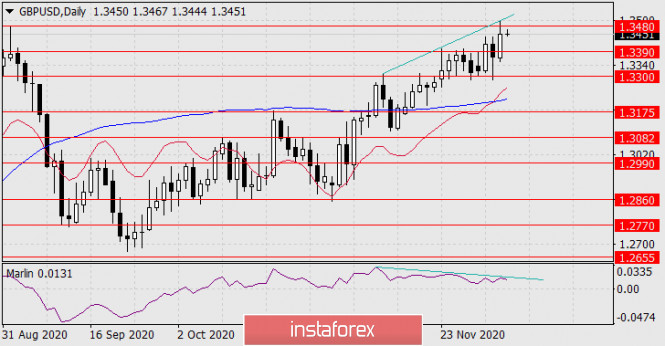 On the four-hour chart, a weak sign of a reversal is shown by the Marlin oscillator. A reversal can be judged only after the price moves below the signal – target level of 1.3390, which is also slightly below the MACD line, that is, this line will be confirmed and broken. We are waiting for the development of events. 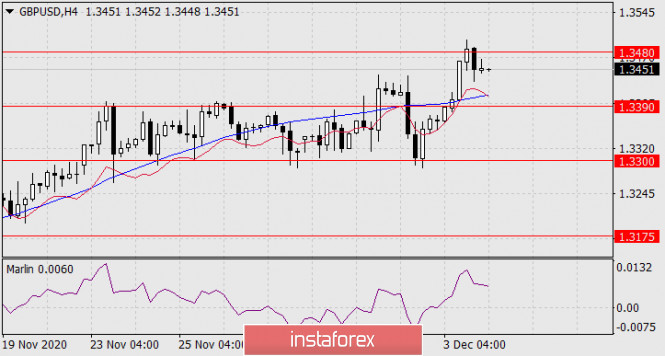