The yen finally decided to leave the uncertainty range and chose to strengthen against the US dollar. It broke through the 104.05 level, and now the target 103.18 is open. The signal line of the Marlin oscillator has penetrated the downward trend zone on the daily chart. Such a start will most likely make it possible for the price to overcome the immediate support and fall further to the second target of 102.35. 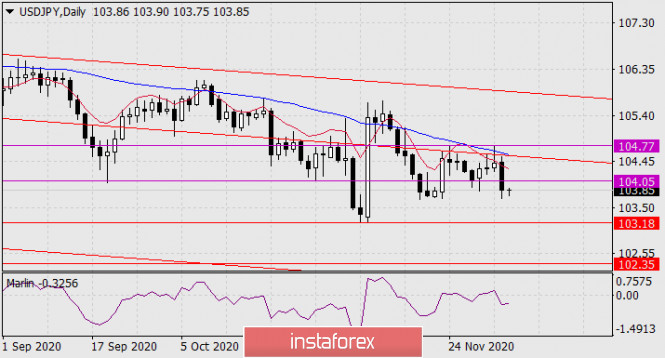 The four-hour chart shows a completely downward mood: the price has settled under both indicator lines – under the balance line and the MACD line, while the Marlin oscillator is decreasing in the downward trend zone. The price is currently in the area of the November 18-23 lows, and so far there is no apparent reason to believe that the price did not cope with this intermediate support. 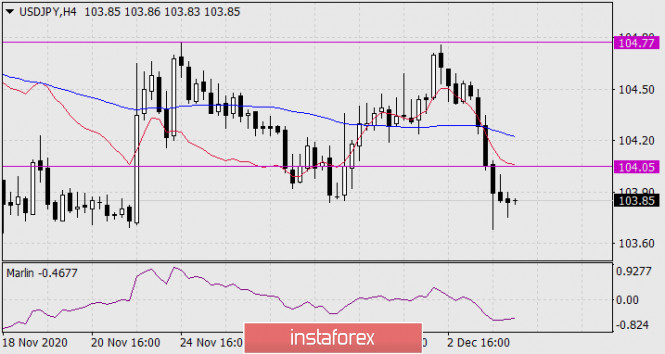