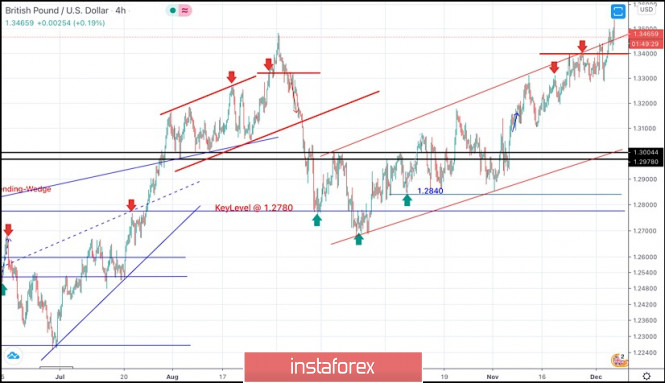 Back in August, Bullish Breakout above the price zone of 1.3300 was achieved. This was supposed to allow bullish pullback to pursue towards 1.3400 as a final projection target for the suggested pattern.

Later on, further bullish advancement was expressed towards 1.3380-1.3400 where the pair looked overbought after failure of the previous price zone to offer sufficient bearish pressure on the pair.

Bearish Price action was demonstrated around the price levels of (1.3380-1.3400) as a valid SELL Entry Signal.

Initial bearish target was reached around 1.3300. However, the pair has failed to pursue towards lower targets.

Instead, another bullish spike is being expressed towards 1.3470 where the upper limit of the depicted movement channel is being exceeded.Although the GBPUSD pair looks overbought around the current price levels, intermediate-term remains bullish unless the pair returns to move below 1.3400 soon enough.